2017 Week Five According to Ben Lash 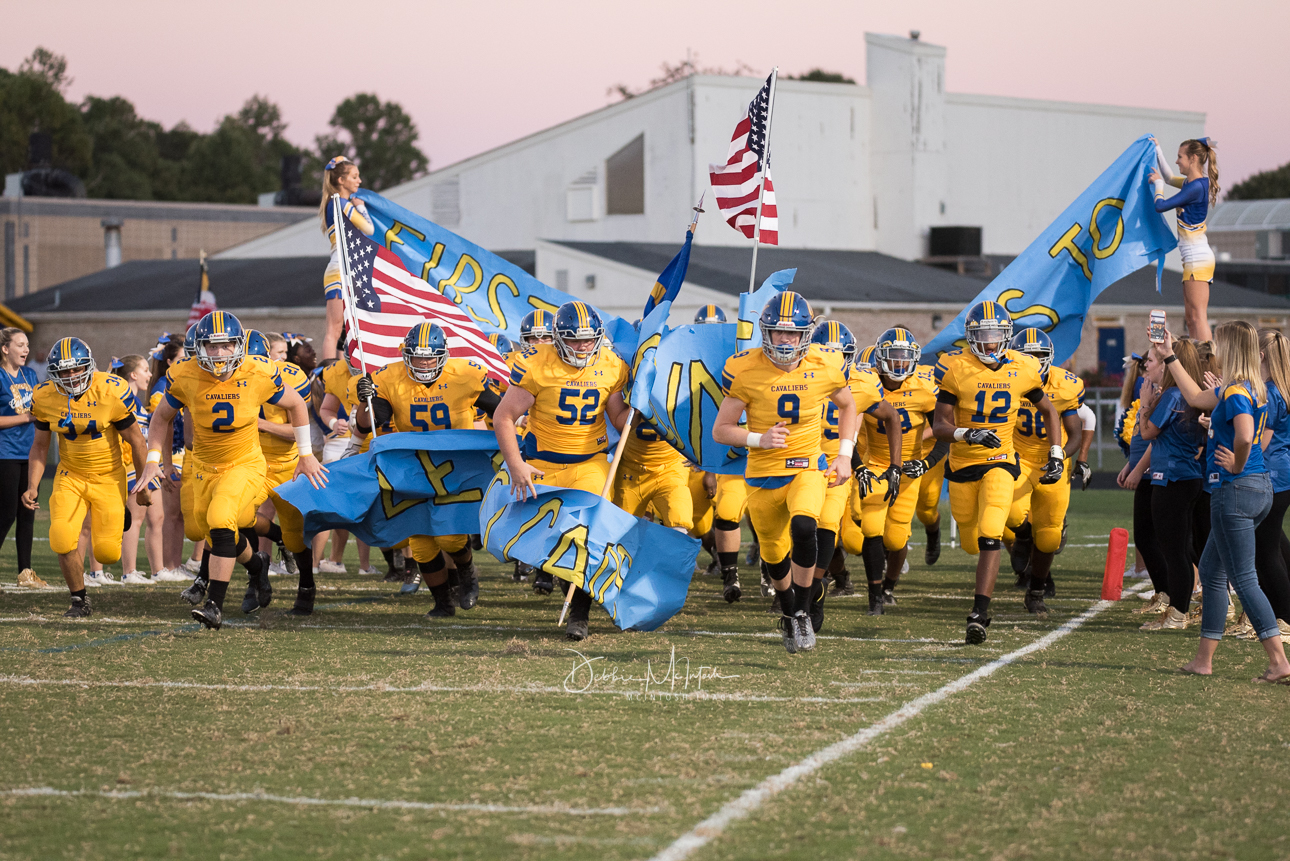 Calvert Falls Below .500 After Losing to Undefeated North Point

The Calvert Cavaliers varsity football team took on a tough challenge on Friday night against the undefeated North Point Eagles.  The Cavaliers received the opening kickoff .  TJ Prather returned the ball to the North Point 43 yard line.   Calvert struggled on the first series as sophomore quarterback Cade Meredith could not complete a pass.  This resulted in a Calvert punt after just three plays.  North Point received the ball inside their own 10 yard.  North Point strung together a good nine play drive only to be halted by junior, Corey Watson.  Watson, who intercepted a pass, caused a touchback for the Cavaliers’ defense.  This gave the Cavaliers the ball back on the 20.  However on the third play of the series, North Point scored first by tackling Cade Meredith in the end zone for a safety.  Eagles took the early lead 2-0.  Calvert had to then kick the ball away and on North Point’s very next play, they extended their lead.  Malik Lawrence had a 42 yard touchdown run, giving the Eagles a 9-0 advantage.  The Cavaliers offense put together a long fourteen play drive, but could not punch it in after a North Point stop on the 1 yard line.  After a North Point barrage of scoring, the Eagle’s lead was extended to 22 points and the Cavaliers found themselves down by four scores.
North Point opened the third quarter with continued offense success, putting together an 80 yard touchdown drive in just three plays.  The 74 yard touchdown pass from JeMicheal Jones to Malik Lawrence extended the Eagle’s lead to 29-0.  Calvert’s offense finally got going!  A long touchdown drive was capped off by a 20 yard run by Dre Mackall to cut the lead to 29-7.   The Cavaliers senior place kicker, Mike Woollen, recovered his own onside kick.  The possession was topped off with a rushing touchdown by TJ Prather, making the score 29-14.   North Point seemed to put the game out of reach with another touchdown drive.  Chelen Garnes completed a touchdown pass to Malik Lawrence to extend the lead to 36-14.   In the fourth quarter, the Cavaliers still had hope!  Unfortunately, a costly interception derailed those chances.  On the Eagles next drive, JeMicheal Jones threw a 46 yard touchdown pass to bring the score to 43-14. After another North Point score the game ended in a 50-14 loss for the Cavaliers.  Calvert looks to even their record at 3-3 next Friday night at Thomas Stone. 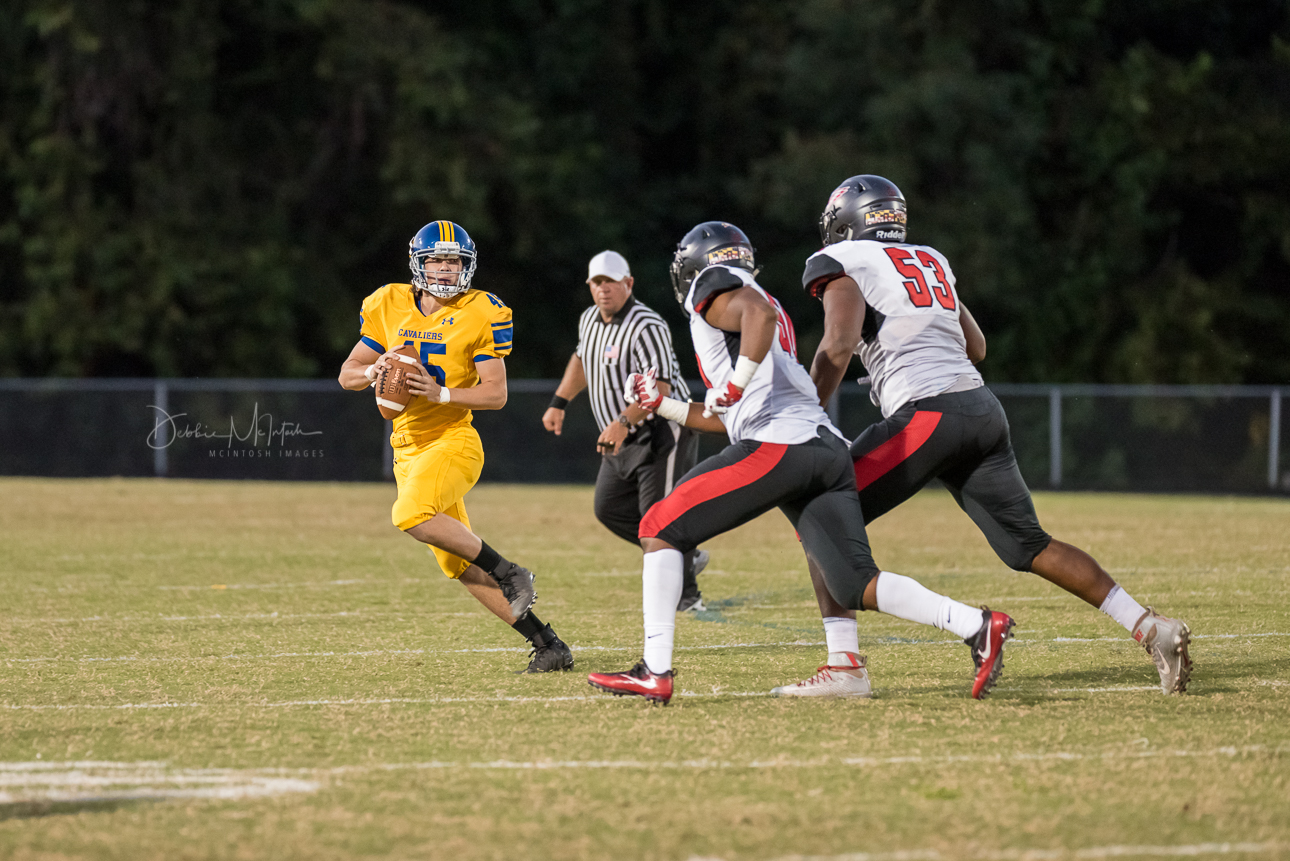 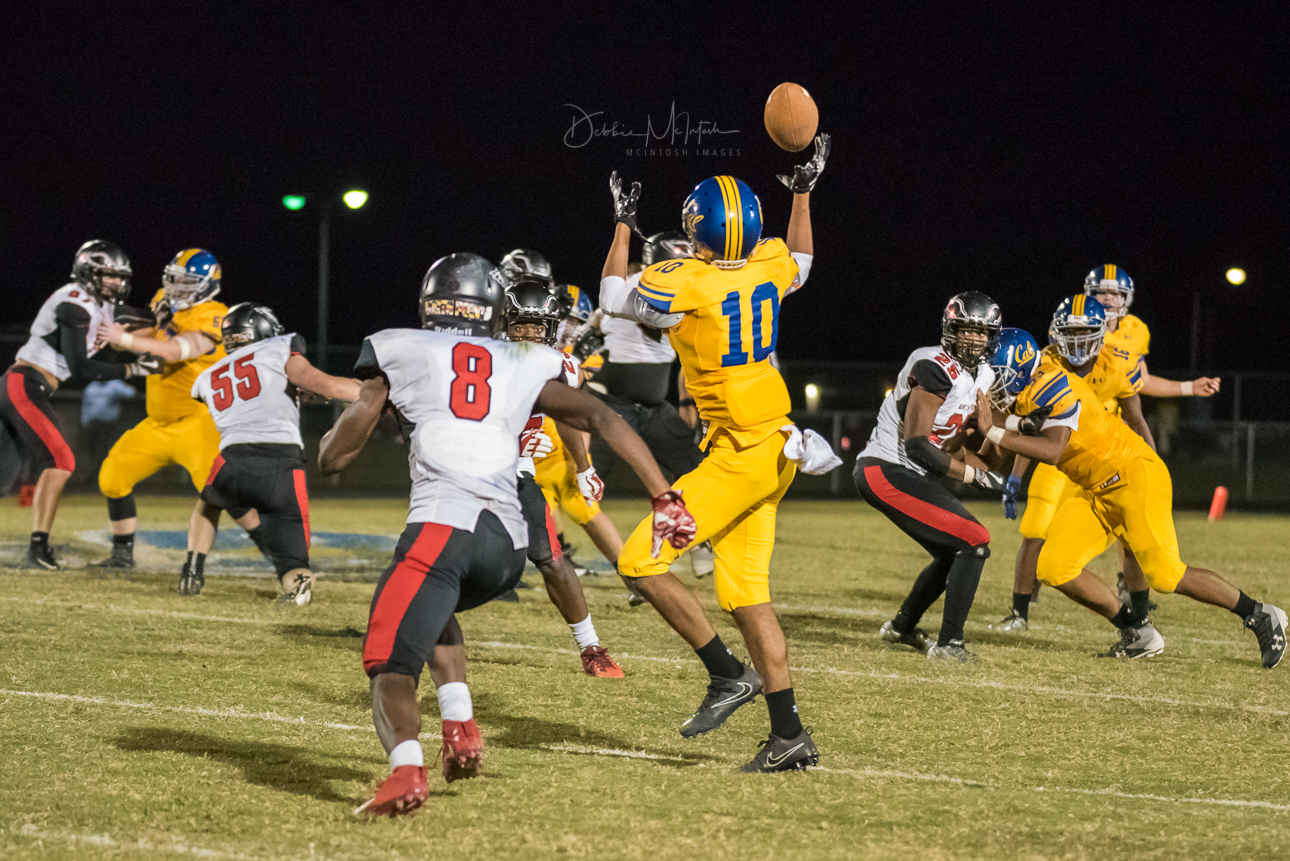 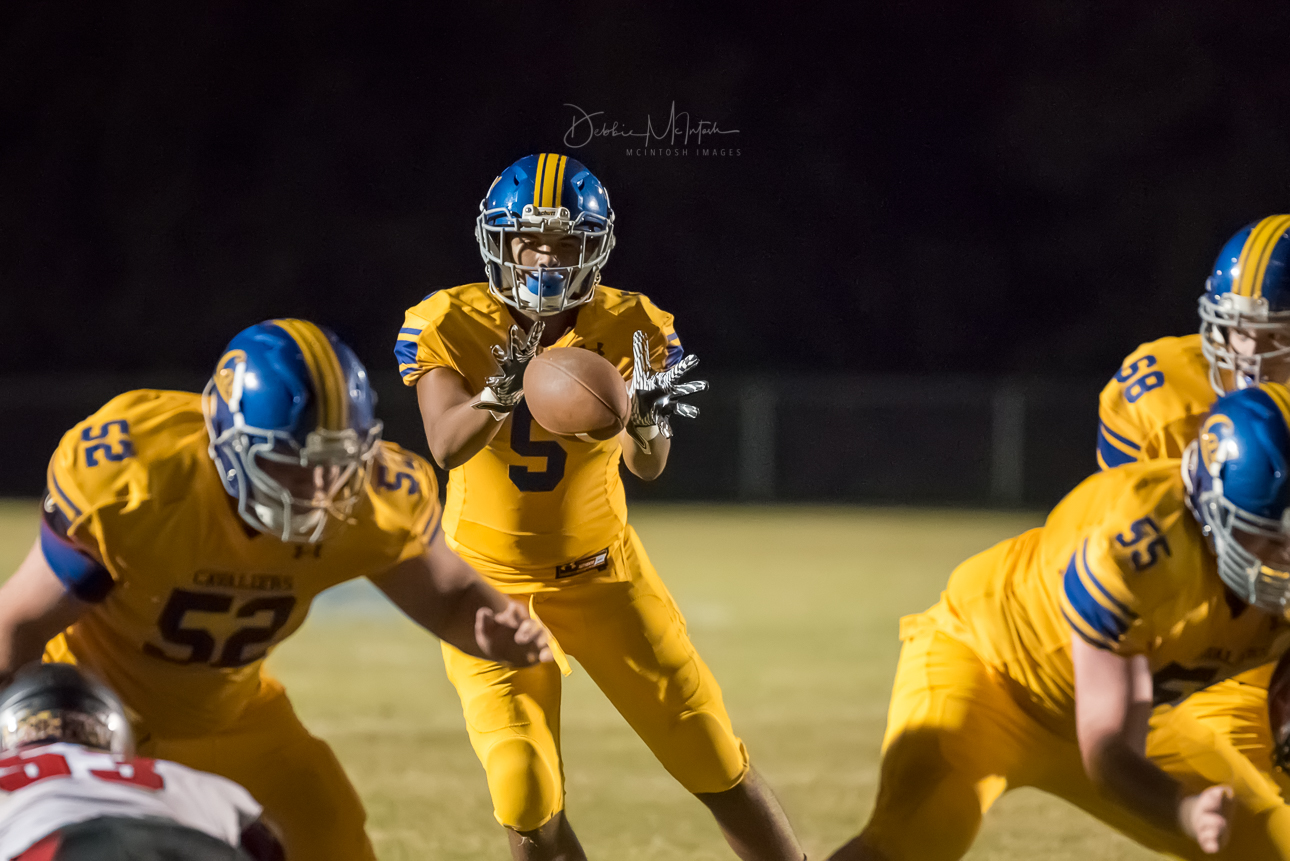 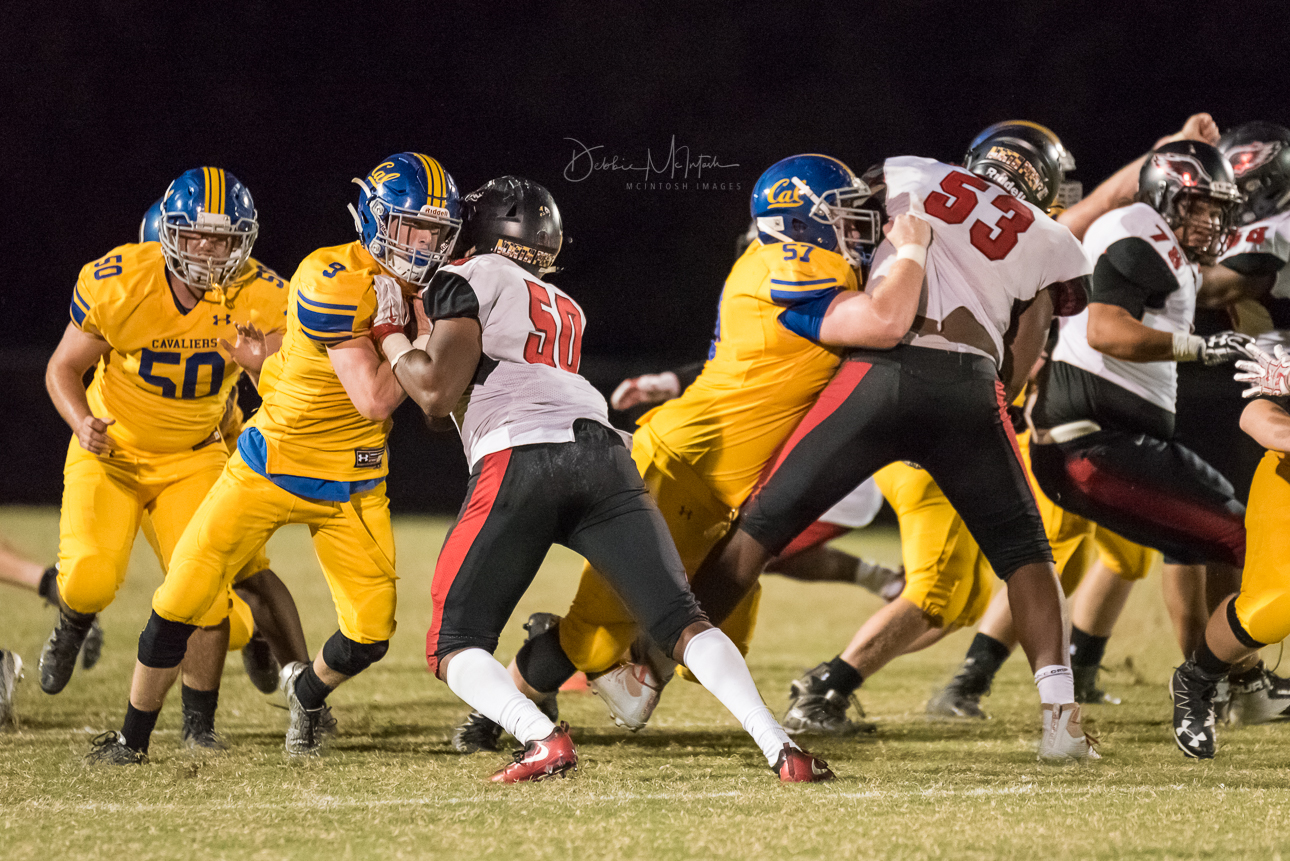 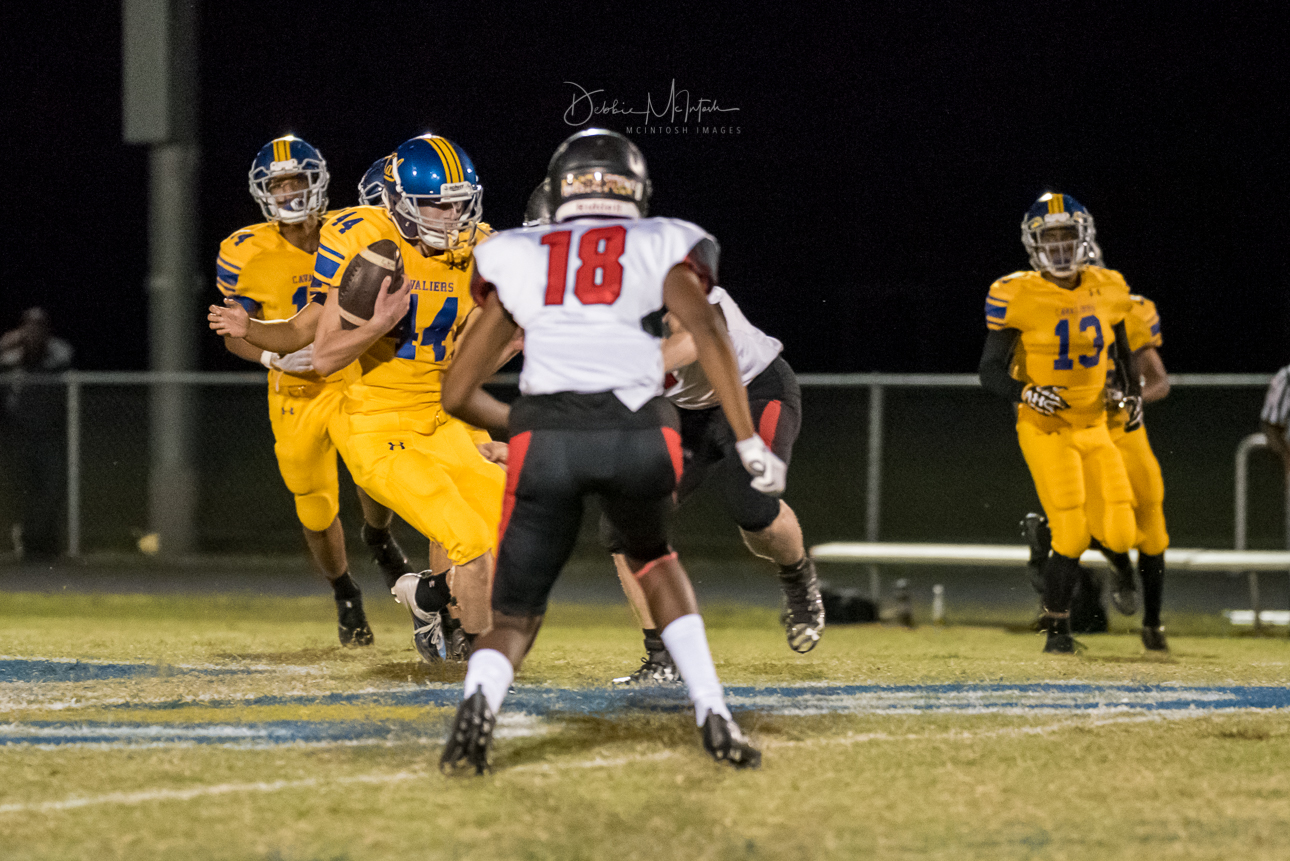 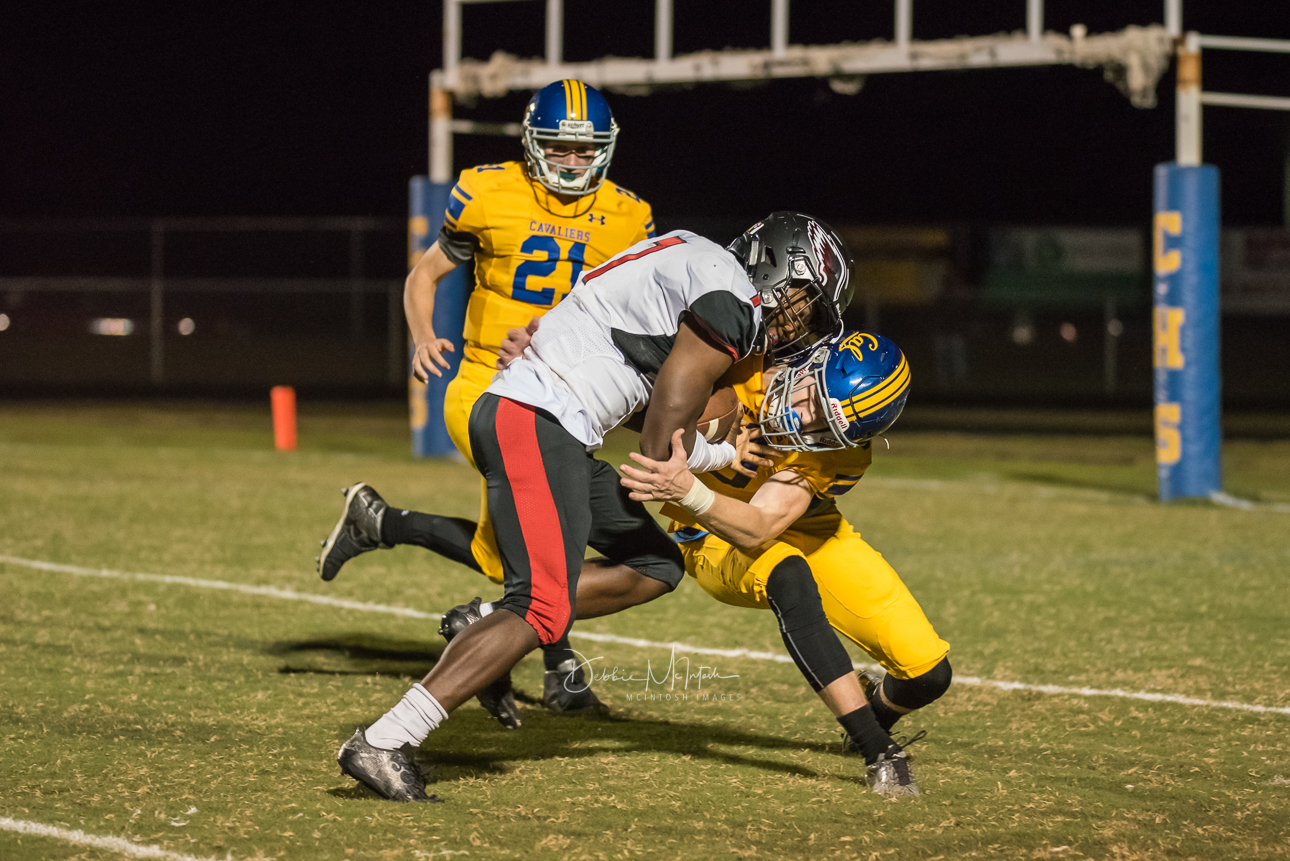