Play Off Week Two Recap According to Ben Lash 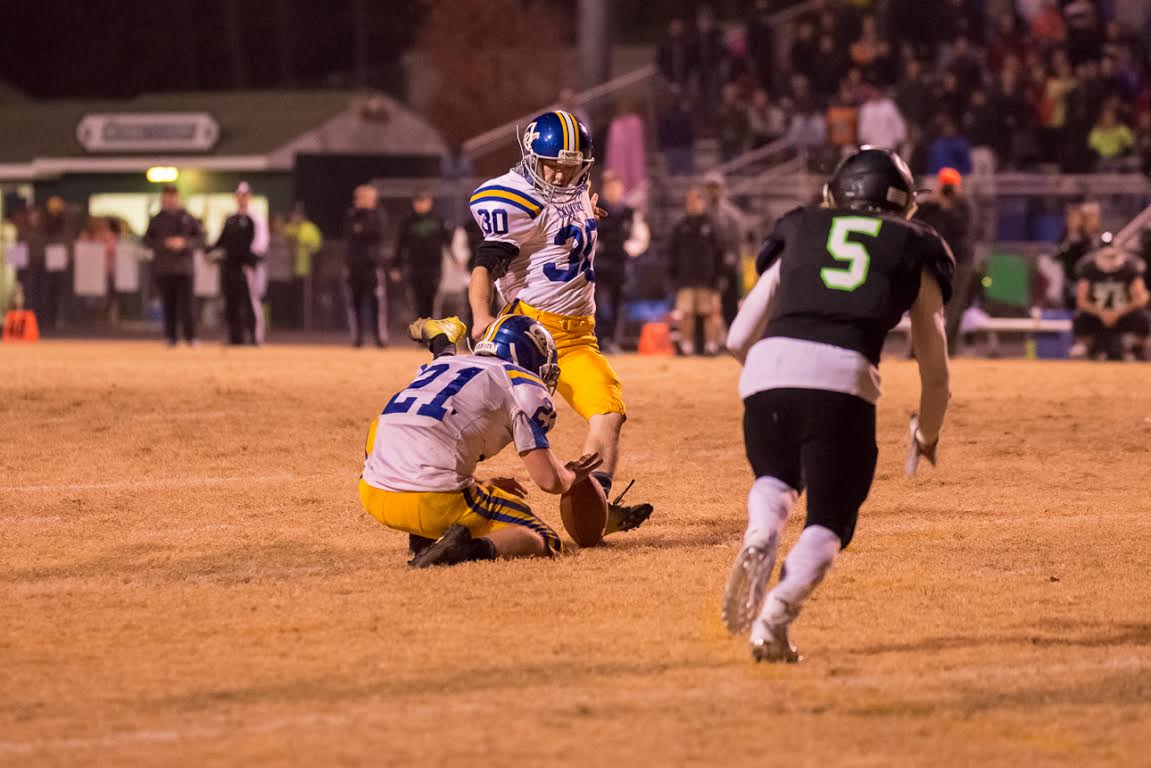 The Cavaliers varsity football team faced their bitter rivals, the Patuxent Panthers. The Cavaliers received the opening kickoff with Cody Mason receiving the ball at the 10 yard line. The Cavaliers drove down the field and Levi Brickner broke loose for a long touchdown run to give Calvert a 7-0 lead. On Patuxent’s first drive, quarterback Reese Crounse completed a pass to Dajon Brooks. A couple plays later, Patuxent answered with a touchdown pass from quarterback Reese Crounse to Myron Young to tie the score 7-7. The game went back and forth as Calvert drove down the field. Calvert got down to the 2 yard line after a long pass play from Jack Lanham to Cody Mason. Quarterback Jack Lanham scored on a quarterback run to give the lead back to Calvert 14-7. In the second quarter, Patuxent came back to tie the game after Calvert went three and out. Patuxent’s Reese Crounse scored on a quarterback run tying the score 14-14 at halftime. Their touchdown was set up by a big pass play to Cameron Wills.

The third quarter started with Patuxent receiving the ball. Patuxent’s Reese Crounse broke loose for a quarterback run. Nick Young then caught a touchdown pass from Crounse to make the score 21-14. Calvert scored on the next possession with 4 minutes left in the third quarter. Calvert’s Levi Brickner ran the ball in to tie the score at 21. The fourth quarter was intense as Patuxent drove down the field and tried a field goal with 5:45 left on the clock, but the field goal attempt was no good. Calvert got the ball with just over 5 minutes left. Calvert drove the ball down the field. Calvert’s Camden Crowdis caught a long pass and was tackled at the 8 yard line to give Calvert a chance at a winning field goal. The crowd was going crazy as Jacob Didra attempted a field goal with 8 seconds left in regulation. The attempt was good as the Den fell silent. Calvert advances to the state semifinals and will host Elkton this Friday night. 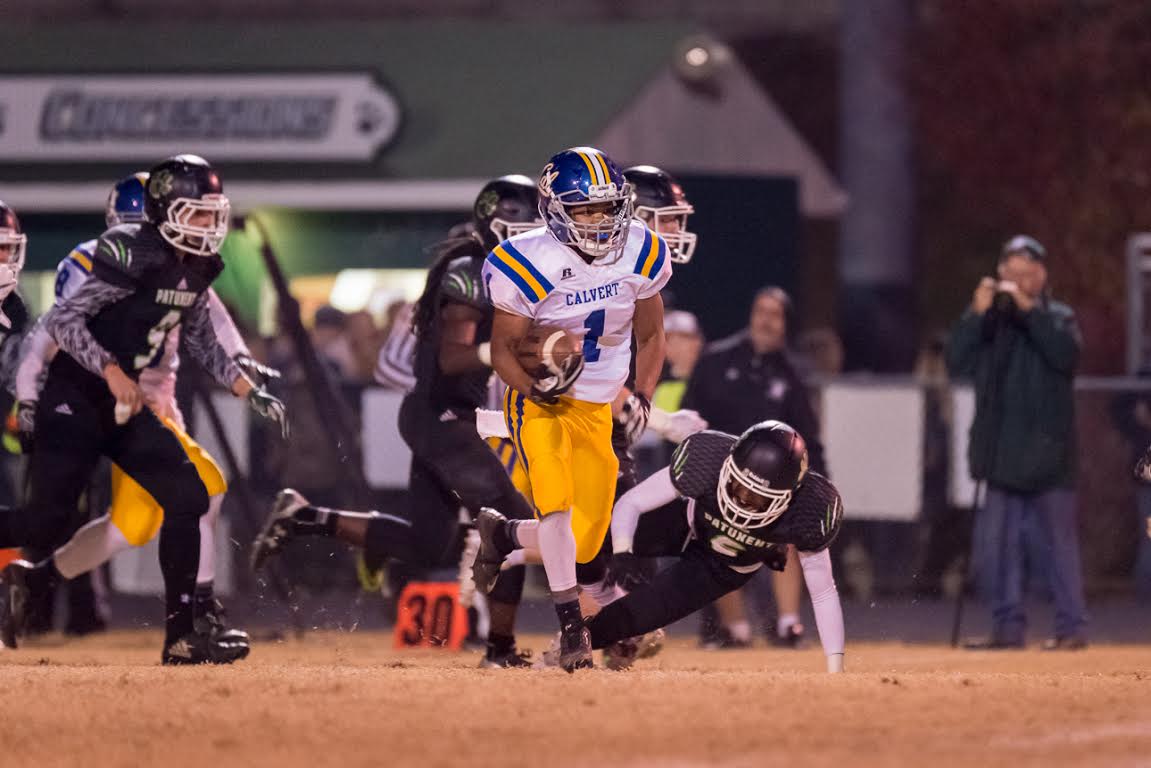 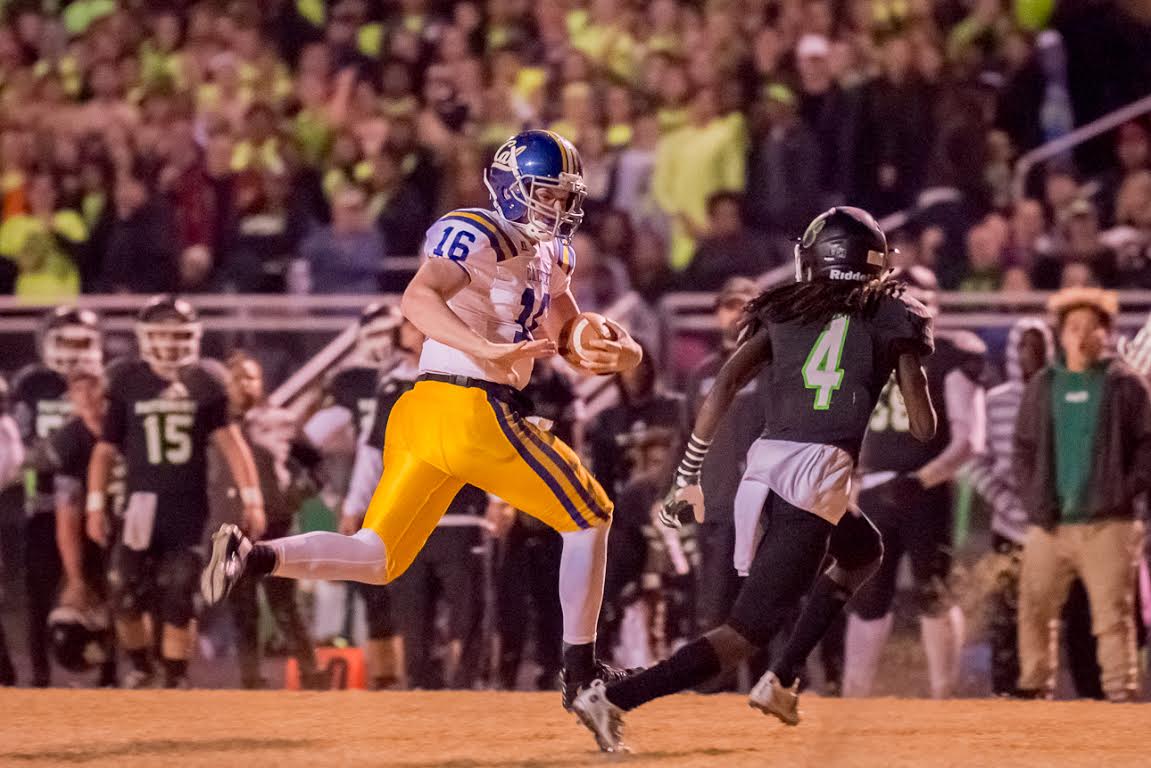