The Week Two Recap According to Ben Lash 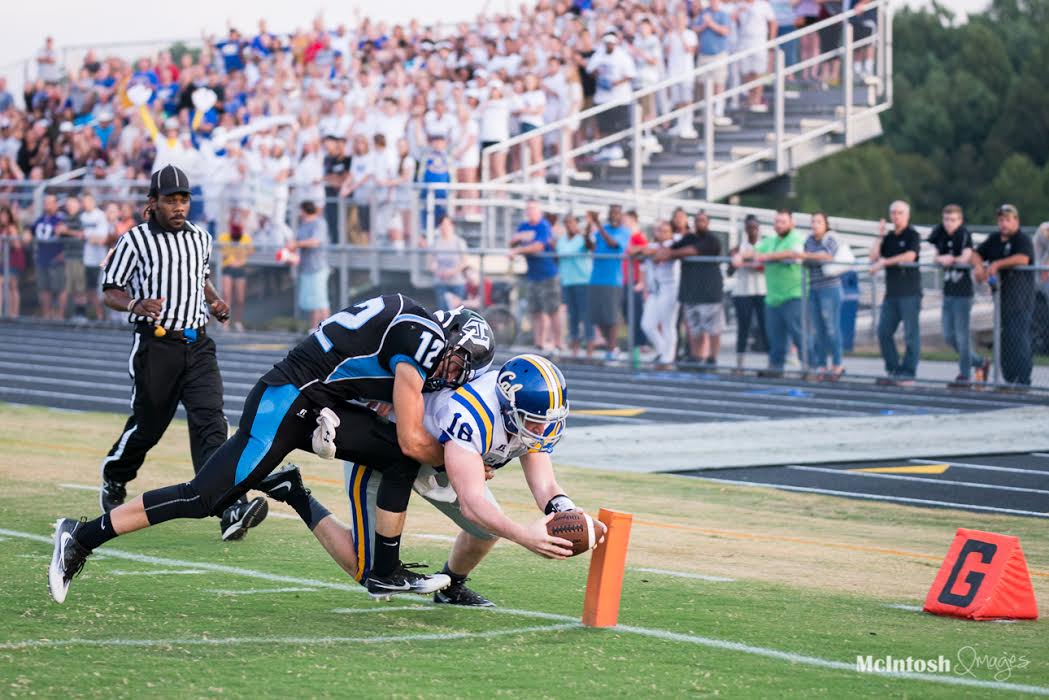 Another Shutout Victory for Calvert

Calvert High’s varsity football team took the field for their second game of the year against the Huntingtown Hurricanes at Huntingtown High School. The Cavaliers improved their record to 2-0 behind a strong defense. The Cavaliers’ first drive didn’t last long, as running back Levi Brickner took the opening snap 77 yards for a touchdown and the first score of the night.  Brickner’s third rushing touchdown of the season gave the Cavaliers a 6-0 lead as the extra point was missed. The Hurricanes first drive did not go as well as Huntingtown fumbled the ball on 3rd down. The turnover set up a touchdown run by quarterback Jack Lanham to make the score 13-0. Early in the third drive, Jack Lanham threw an interception to give the ball back to Huntingtown. During the second quarter the Cavaliers had trouble sustaining drives due to penalties.  The halftime score was 13-0.

The Cavaliers picked up a few first downs in the 3rd quarter, but did not score. The Hurricanes could not get anything going on offense as they were shutout through three quarters. Calvert would extend their streak of not allowing a point through 7 quarters played this year.  With the game winding down, Huntingtown looked like they could snap Calvert’s streak of stingy defensive play.  However, an interception thrown by Huntingtown’s quarterback late in the fourth quarter, extended the streak for Calvert’s defense to 8 consecutive quarters of not allowing a single point.  Although Huntingtown played scrappy football an evening of 7 penalties lead to a stalling offense and yet Calvert over came both and finished the contest with a 13 – 0 victory. 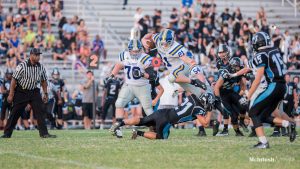