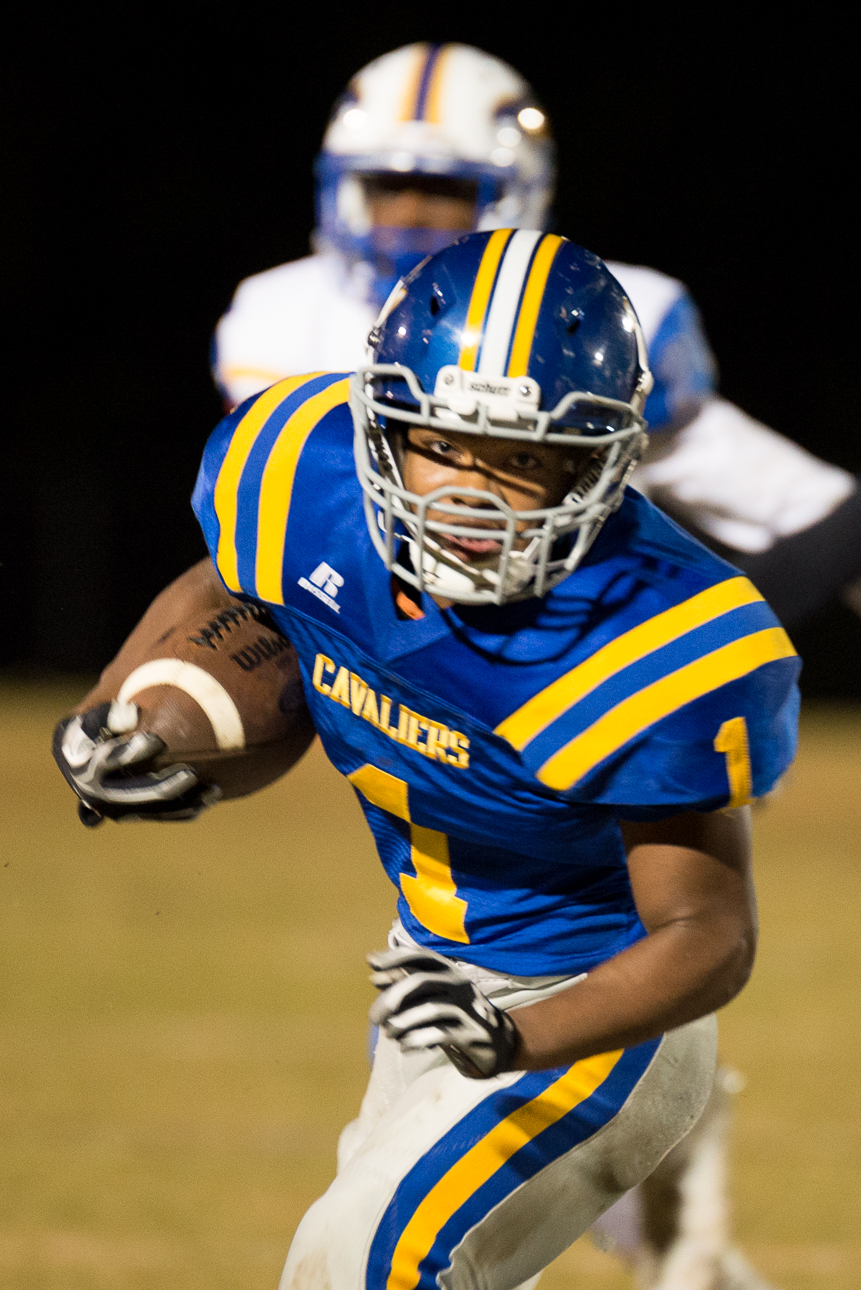 The Cavaliers’ varsity football team faced the Thomas Stone Cougars last Friday night. The game started perfectly for Calvert as Shamar Gray took the opening kickoff for a touchdown to give Calvert a 7-0 lead. The first drive for Thomas Stone was not a good one as two penalties were called. Quarterback Jonathan Harris’ run was the only positive play for Thomas Stone on that drive. Calvert’s second drive was not promising either as they went three and out. Struggles continued for Thomas Stone, as their quarterback threw an interception to Calvert’s Da’Jaun Willett. However, Calvert could not score any points on the drive. The next drive for Thomas Stone was a long drive, but Calvert’s defense stopped the Cougars on the 1 yard line. On Calvert’s next drive, they faced a 4th and 5, but a fake punt run by Cody Mason for 7 yards gave Calvert a first down. A couple plays later, with three minutes to go in the half, Calvert was facing another 4th down. This time Shamar Gray had his second touchdown of the night after a 26 yard run. The touchdown gave Calvert a 14-0 lead. Thomas Stone’s next possession ended quickly with Jonathan Harris throwing an interception that was returned 63 yards for a Cavaliers touchdown. The halftime score was 20-0 Calvert.

The second half started with Thomas Stone continuing to struggle, and after three plays, they were forced to punt. Calvert began their next drive on the 33 yard line. Calvert quarterback Jack Lanham’s run was a 15 yard score to extend Calvert’s lead 27-0. Calvert got the ball back after the Cougars’ punt. Running back Shamar Gray scored on a 24 yard scamper bringing Calvert’s lead to 34-0. After a stone turnover, Shamar Gray finished off the night with a 34 yard touchdown run. The game ended with Calvert winning 41-0. 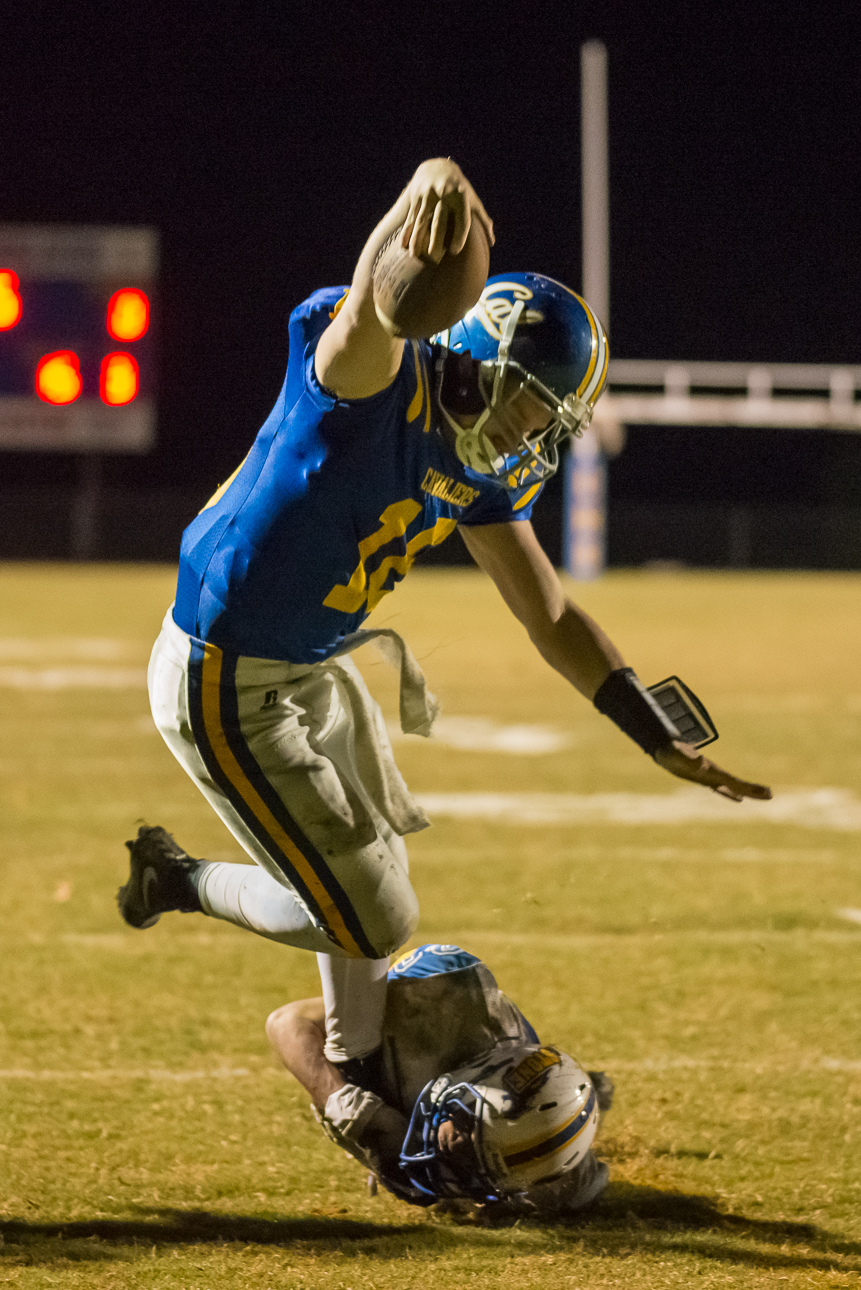 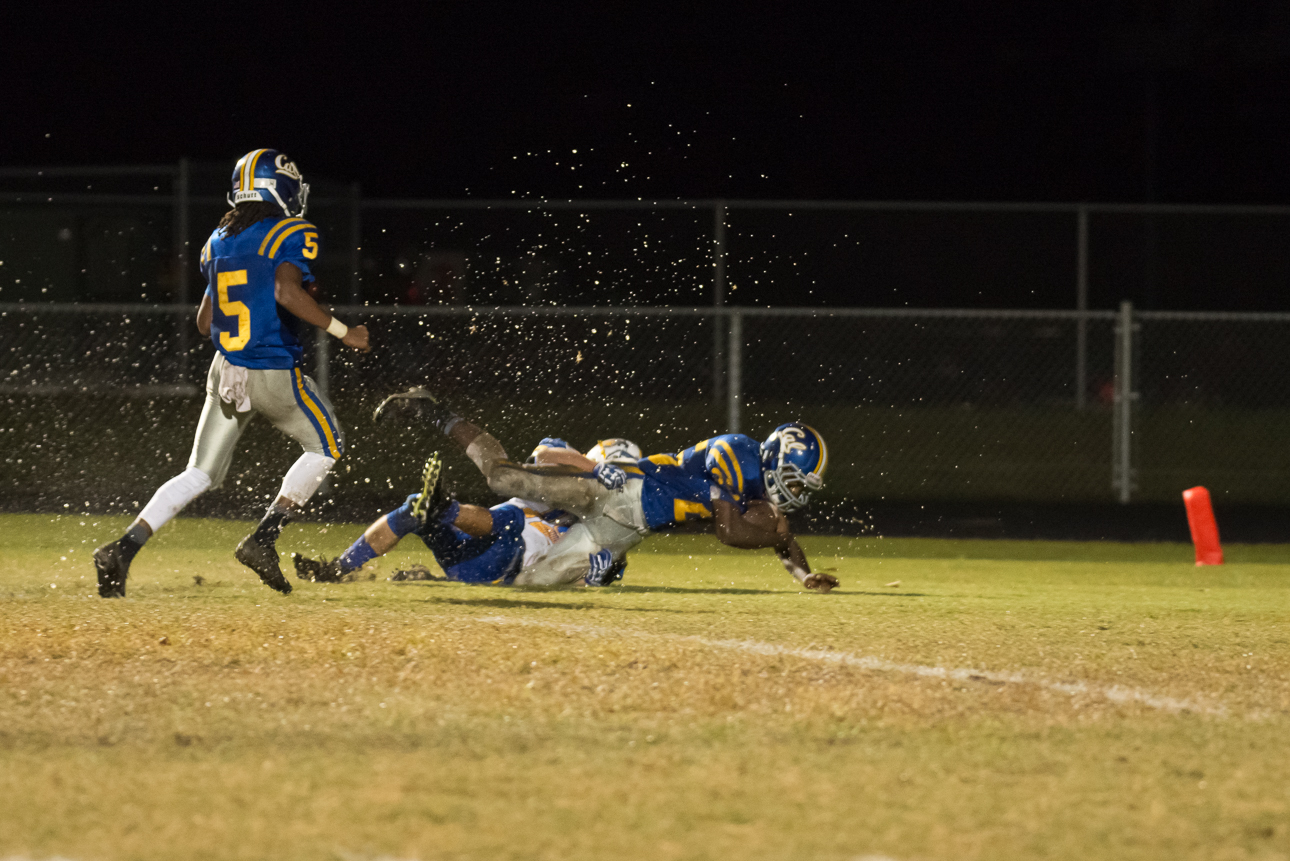 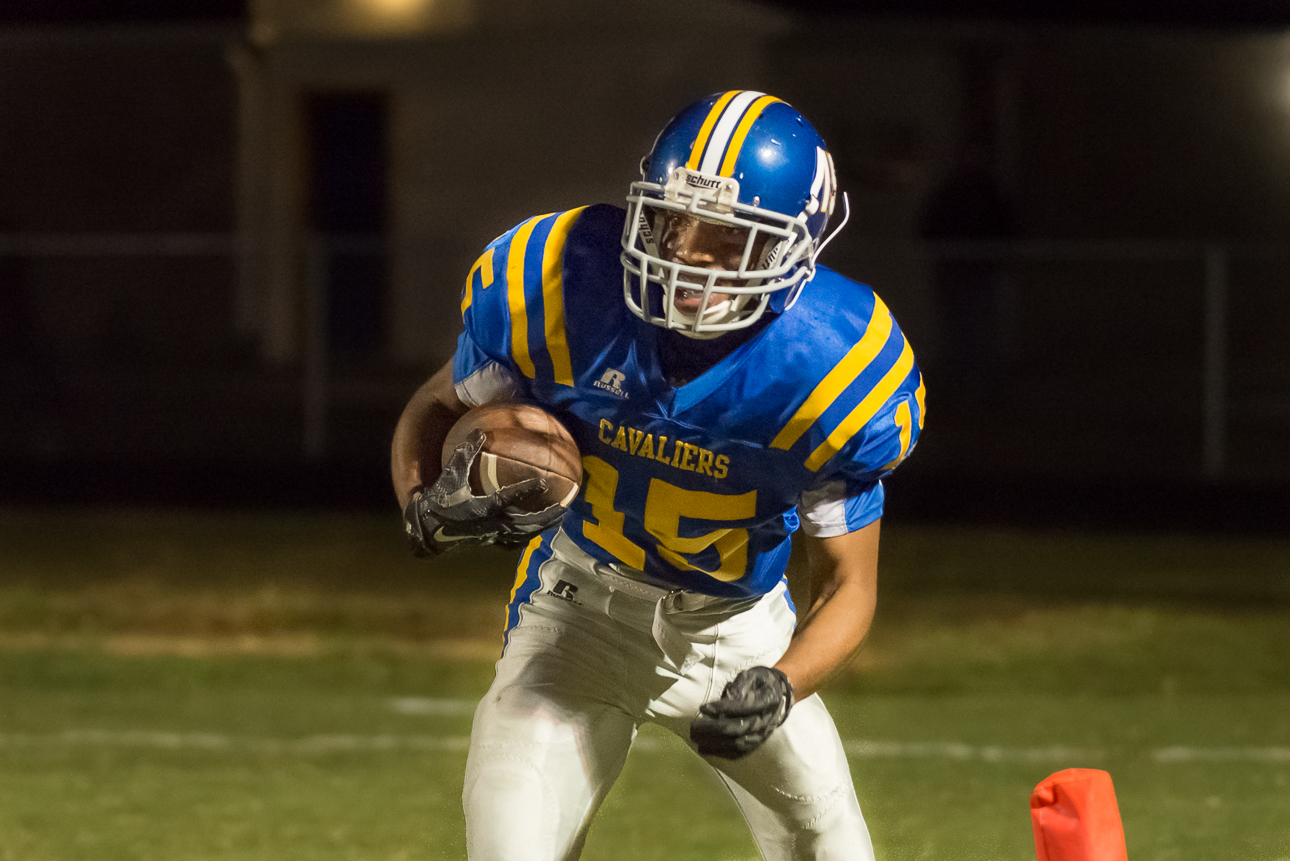 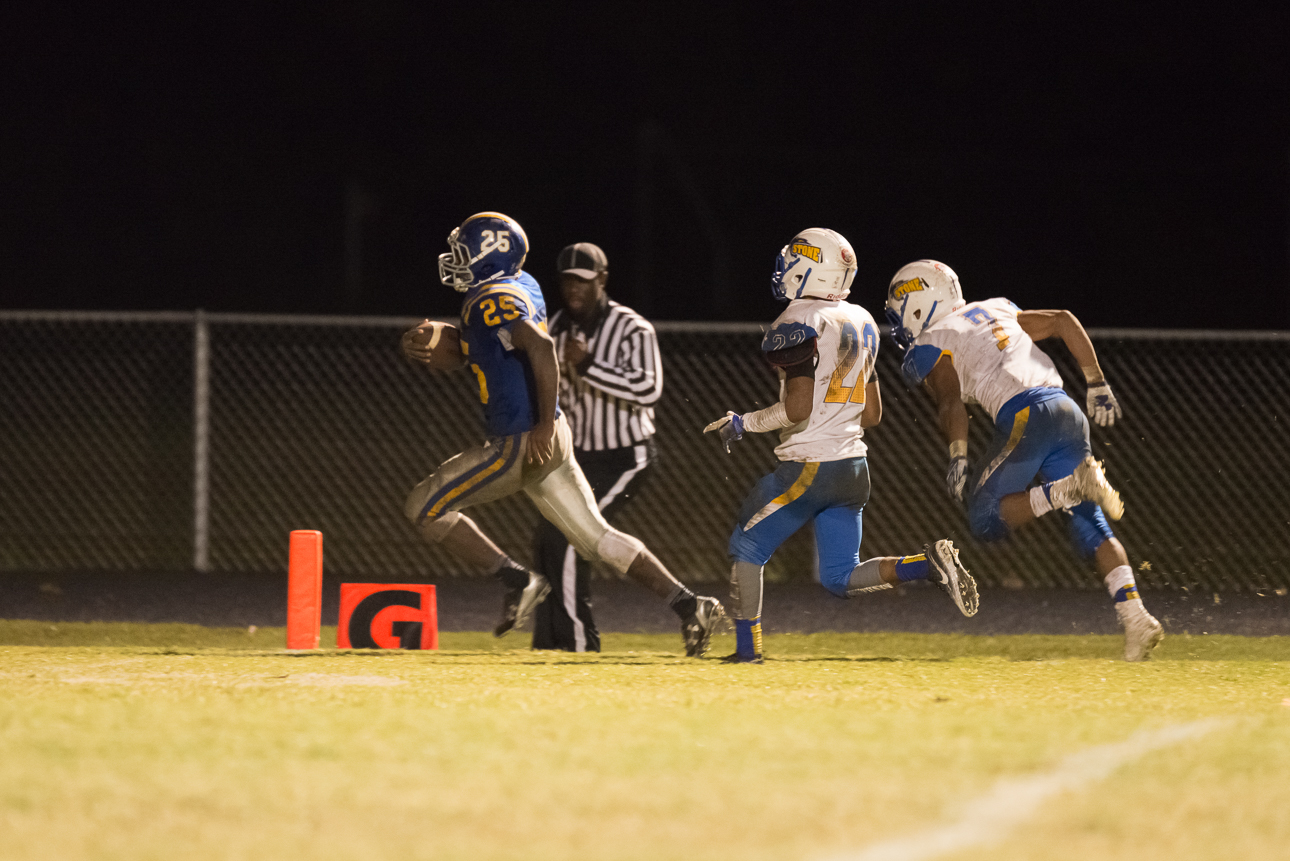