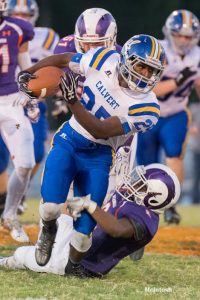 Calvert’s varsity football team took on the McDonough Rams Friday night. The game began with Calvert receiving the kickoff after McDonough won the coin toss, but chose to kickoff. Calvert’s first series started with runs and passes that got Calvert to midfield. Running back, Shamar Gray, got loose for a 12 yard gain to the 30 yard line. Quarterback Jack Lanham then rumbled in for a 30 yard touchdown to give Calvert a 7-0 lead.  McDonough’s first series was unsuccessful at creating a first down.  They had the ball for three plays and then had to punt the ball away. Calvert’s second drive did not produce any points, as Jack Lanham got sacked. On McDonough’s second series, quarterback William Golden’s pass was intercepted by Cody Mason. Calvert struggled on the third series, as a false start pushed them back to the 45 yard line. After three plays, Calvert punted the ball away. Calvert started to rack up penalties, as they had four in the second quarter. McDonough’s William Golden threw two more interceptions in the second quarter, one to Levi Buck and one to Cody Mason. However, the Cavaliers could not score any points due to Jack Lanham’s fumble recovered by McDonough.  But, the Rams fumbled on their next possession, which set up a scoring drive before halftime. Calvert’s Jack Lanham ran for a 2 yard touchdown, raising Calvert’s lead to 14-0 at halftime.

The second half began with McDonough’s William Golden completing two passes for a first down, but they were unable to score. Calvert struggled with penalties throughout the second half. On McDonough’s second series, William Golden took his team down the field.  Calvert committed another personal foul that set up a 10 yard touchdown pass from William Golden to Tony Burch. In the fourth quarter, Calvert managed to get to McDonough’s 6 yard line, despite several penalties. Calvert lost momentum, as they could not score any points. McDonough got the ball back with less than 20 seconds to go, but failed to move the ball far enough to score. Calvert remains undefeated with a road win 14-7. 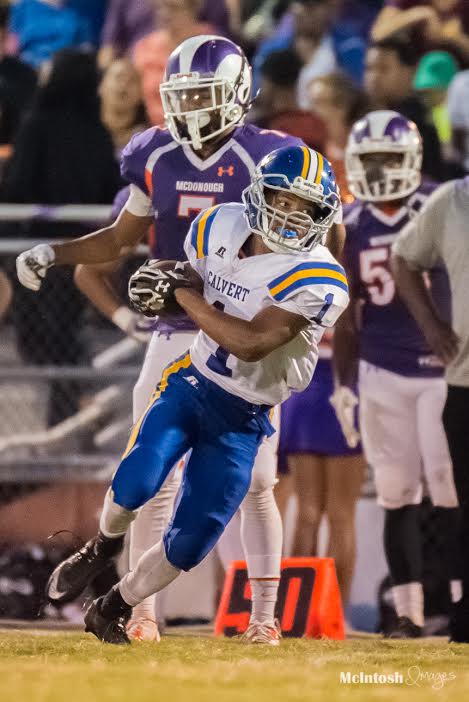 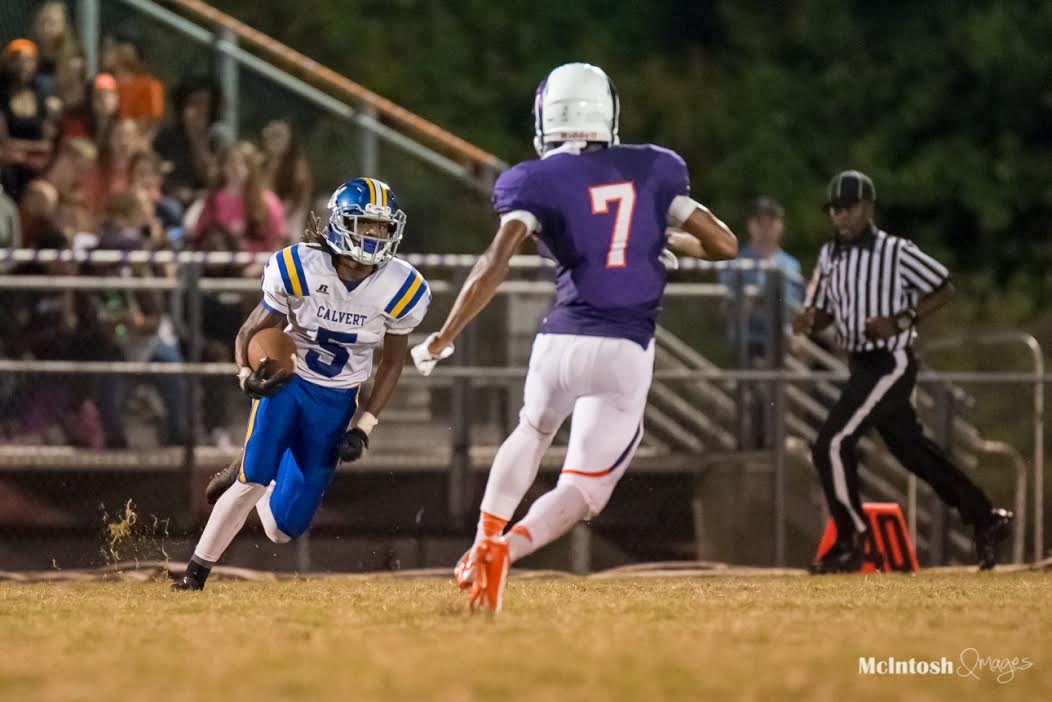 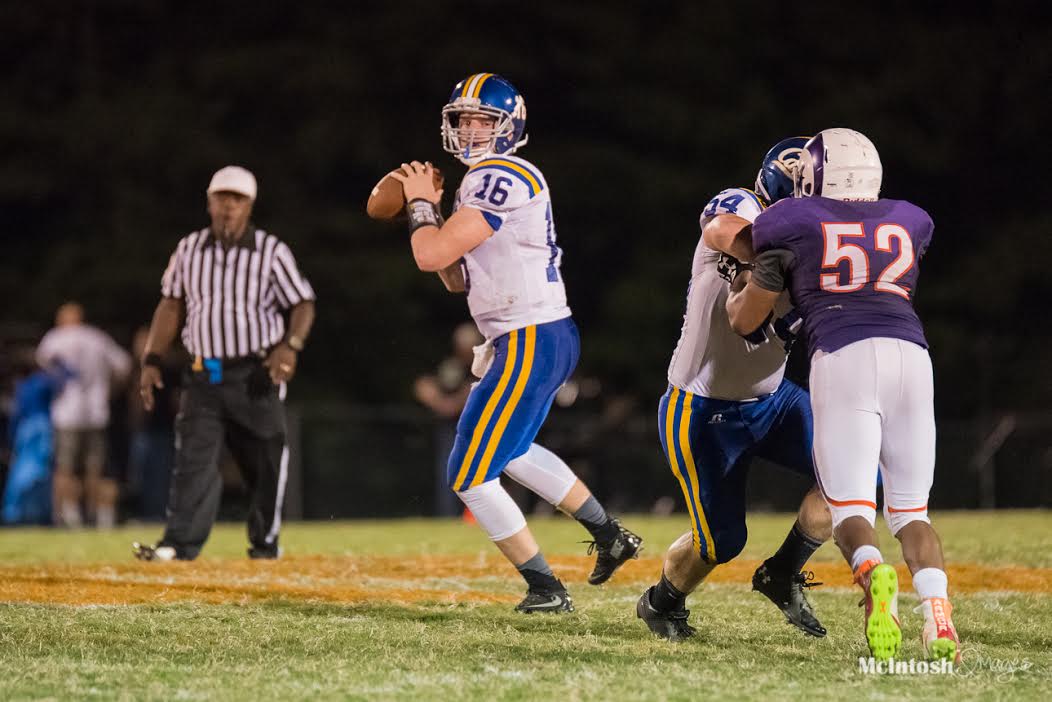