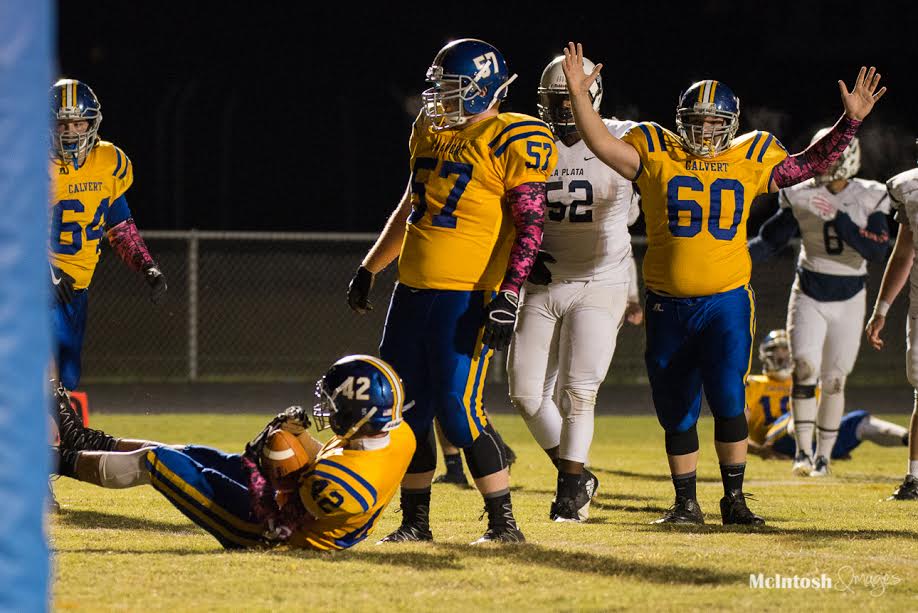 Calvert Bounces Back From Tough Loss

The Calvert Cavaliers took on the La Plata Warriors on Friday night. La Plata started the game off with the ball, but they could not retain the ball for long.  On the second play of the game, La Plata’s quarterback Jordan Sinclair’s pass was intercepted by Levi Buck. After the interception, Calvert quarterback Jack Lanham scampered for 8 yards to the 8 yard line.  The drive was capped off by an 8 yard touchdown pass from Lanham to Daniel Jones to put Calvert up 7-0.   Calvert then recovered an onside kick attempt to get the ball right back.  Calvert running back Shamar Gray then broke loose for a 37 yard gain to the 2 yard line.  On the next play, Jack Lanham ran for a 2 yard score to put the Cavaliers up 14-0.  La Plata’s second drive lasted three plays with Jordan Sinclair only completing one pass to Mateo Nunez.  However, on Calvert’s next drive, Jack Lanham fumbled to give the ball back to La Plata.  La Plata once again struggled to move the ball, as they had the ball for only three plays.  Calvert then extended their lead with running back Shamar Gray rumbling in for a 62 yard touchdown run, making the score 21-0 at the end of the 1st quarter.

In the 2nd quarter, Calvert’s defense stopped La Plata’s offense with another 3 and out.  On Calvert’s next drive, Jack Lanham completed a 9 yard pass to Cody Mason that set up a 4 yard touchdown run from Shamar Gray making the score 27-0.  Calvert then recovered another onside kick to get the ball right back.  Jack Lanham completed a 24 yard pass to Zachary Gadwill. Lanham then scampered for a 23 yard run setting up a touchdown run by Levi Brickner.  The touchdown extended Calvert’s lead to 34-0 heading into half time.

Calvert lead the start of the third quarter with Levi Brickner running for a 72 yard touchdown extending Calvert’s lead to 40-0.  La Plata struggled in the 3rd quarter as they failed to generate any kind of offensive boost.  In the 4th quarter, Calvert replaced quarterback Jack Lanham with David Allwine.  Late in the game, La Plata drove down the field and Quarterback Jordan Sinclair ran for a 1 yard score to put La Plata on the board 40-6.  La Plata then recovered an onside kick and scored another touchdown along with the 2 point conversion.  Calvert cruised to another win 40-14. 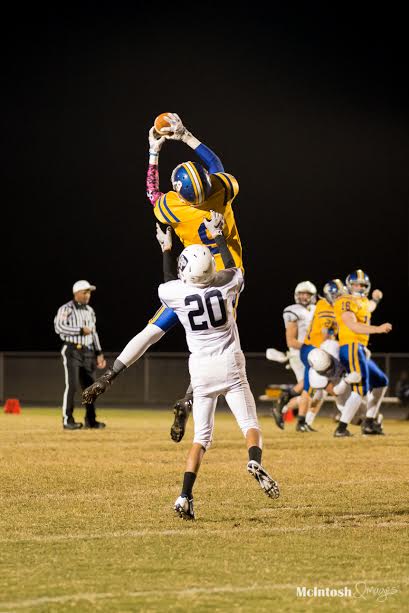 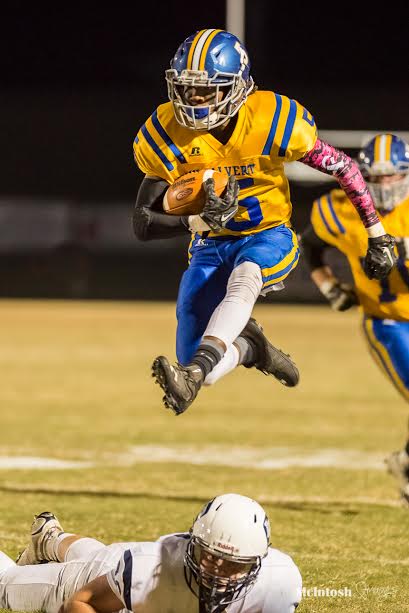