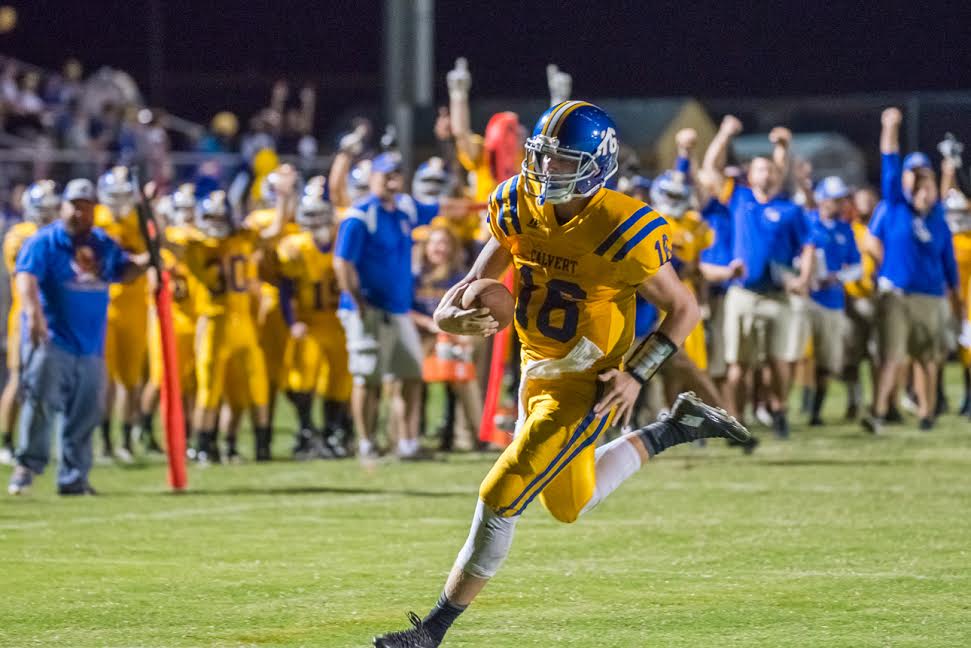 The Calvert varsity football team took on the North Point Eagles last Friday night. The Eagles started the game with the football after Calvert won the toss, but deferred to the second half.  The Eagles tried to move the ball against the stingy Cavalier defense. North Point quarterback, Jemichael Jones, completed a 22 yard pass, but was sacked by Levi Brickner.  The Eagles offense was unsuccessful in scoring any points on the opening drive and punted the ball away to Calvert.  On the Cavalier’s first possession, quarterback Jack Lanham converted on a 3rd and 11 with a big run. On the very next play, running back Shamar Gray scored the first points of the night with a 48 yard touchdown run.  Calvert was up 6-0 after a missed extra point.  North Point’s second drive quickly came to a halt, as quarterback Jemichael Jones threw an interception to Calvert’s defensive back, Cody Mason.  The drive was highlighted by a 21 yard reception by Shamar Gray, which set up a 5 yard touchdown run by quarterback Jack Lanaham.  Levi Brickner scored 2 points on the conversion, which ended the first half with Calvert ahead 14-0.

Calvert’s defense continued to be strong making big stops and preventing the Eagles from getting their running game going.  Jack Lanham continued to use his legs to gain yards; however, Calvert could not score in the third quarter either. The fourth quarter began with the Cavaliers driving down the field.  Shamar Gray earned his second touchdown of the night on a 44 yard run.  The Cavaliers came up with their second interception by Levi Brickner.  Late in the fourth quarter, Calvert’s defense gave up its first points of the year as North Point scored their only touchdown of the evening.  The contest never seemed in doubt, and Calvert remains undefeated with a 28-7 win over North Point. 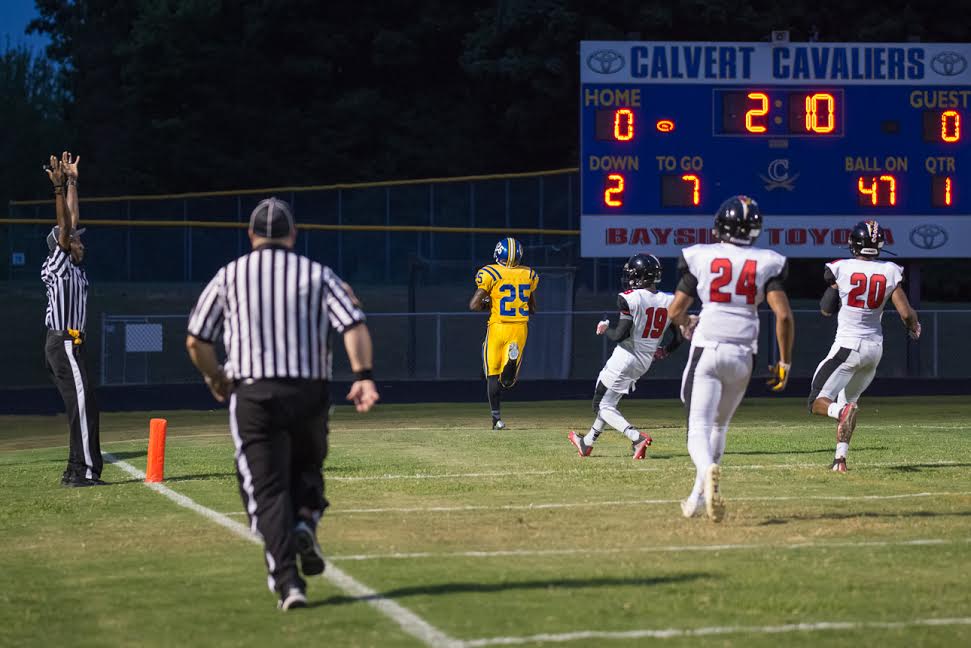 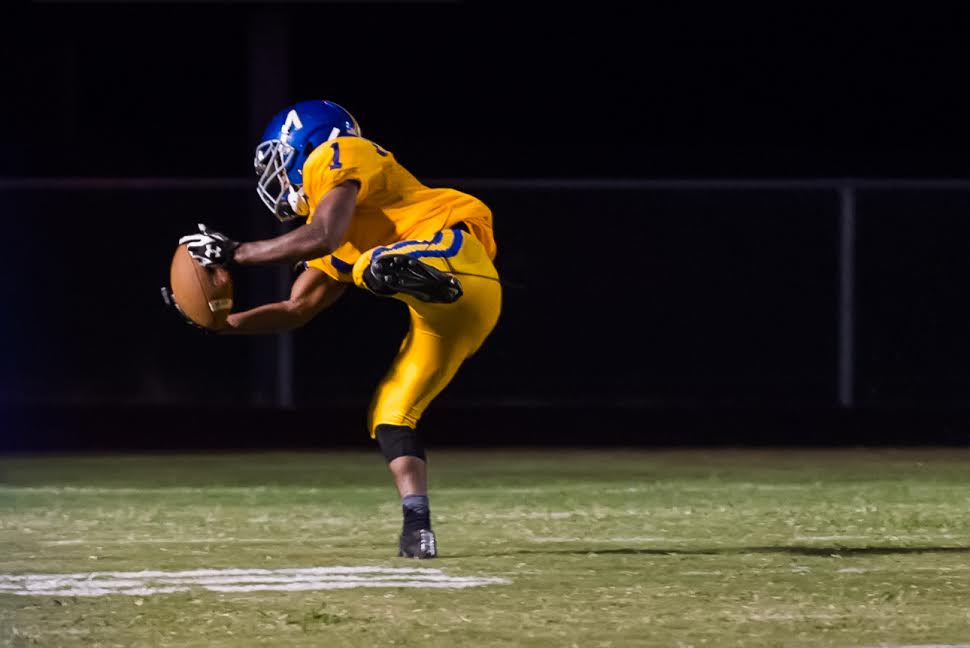 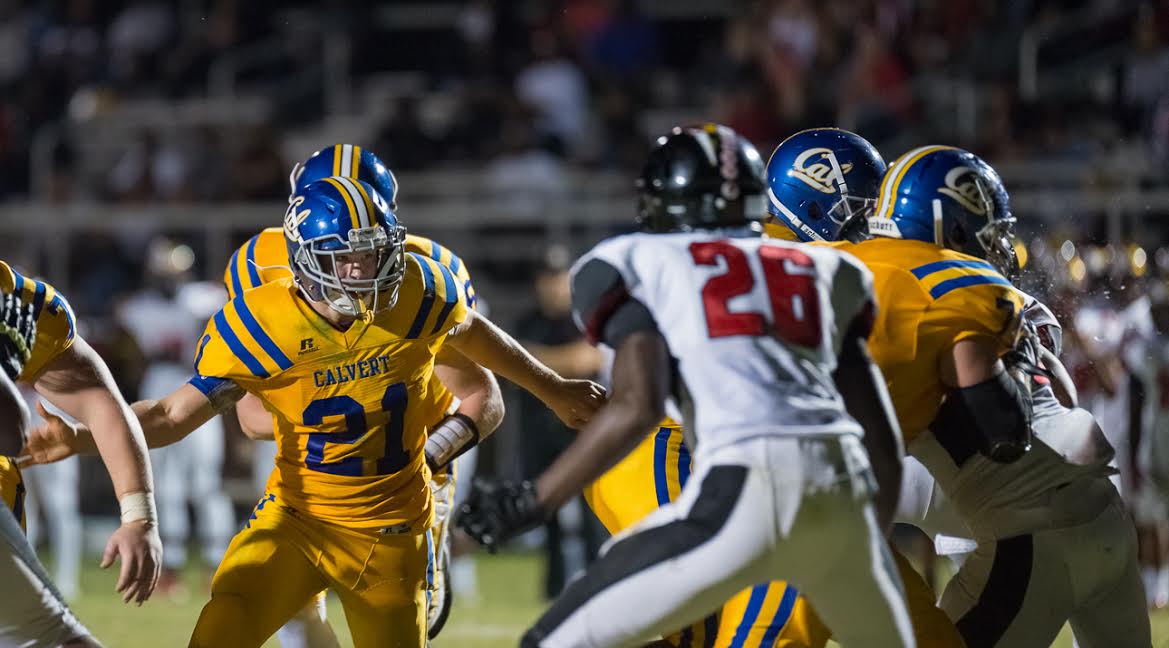