The winner of each Battle of the 2018 Cav-War will carry the Calvert Football Championship Belt until the next Battle and the Belt is either retained or passed on to the next winning team.  There will be Ten Battles through out the 2018 Cav-War campaign covering performances in Academics, Citizenship and Athletics.

The winning team of Battle Three: Third Quarter GPA is Cav-Team 7 “Gains Only”.  Cav Team 7 is made up of eleven members and lead by Captain Elias Prieto and Lieutenant Tyson Blackwell which earned an 82.76% which included a 1.56% margin from the second pace team, Cav Team 3, “H.O.S.S Cats”.  The team highlights include a third quarter GPA of 105.71% for junior Elias Prieto (C), which duplicates his 2nd quarter efforts.  While only being a freshmen, Tyson Blackwell (L) earned a 96.71% and junior teammate Hunter Waddell landed a 95.14%.  Another freshmen, Troy Haley continued his studious ways and earned a 92.71%. 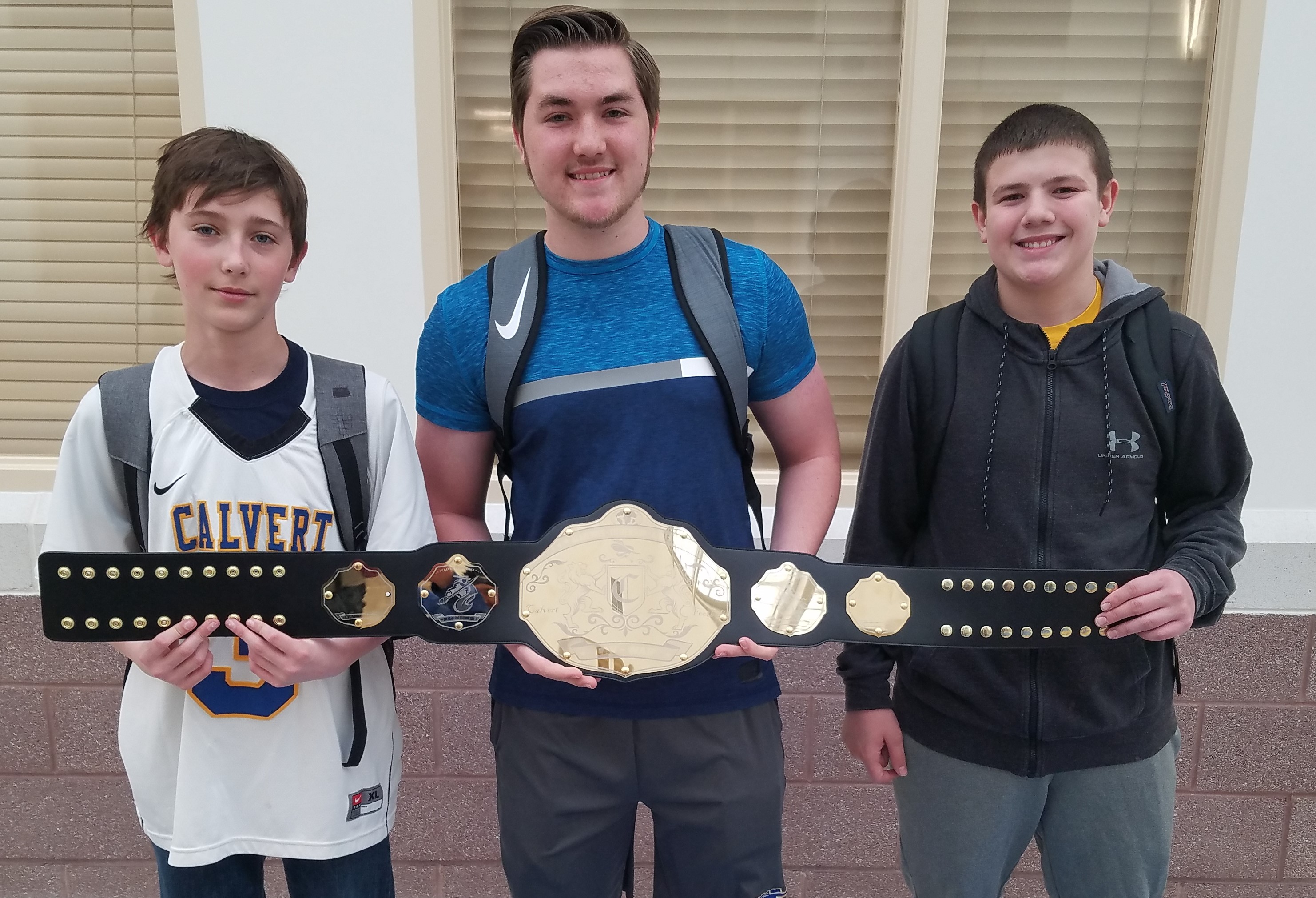