2017 Week Eight According to Ben Lash 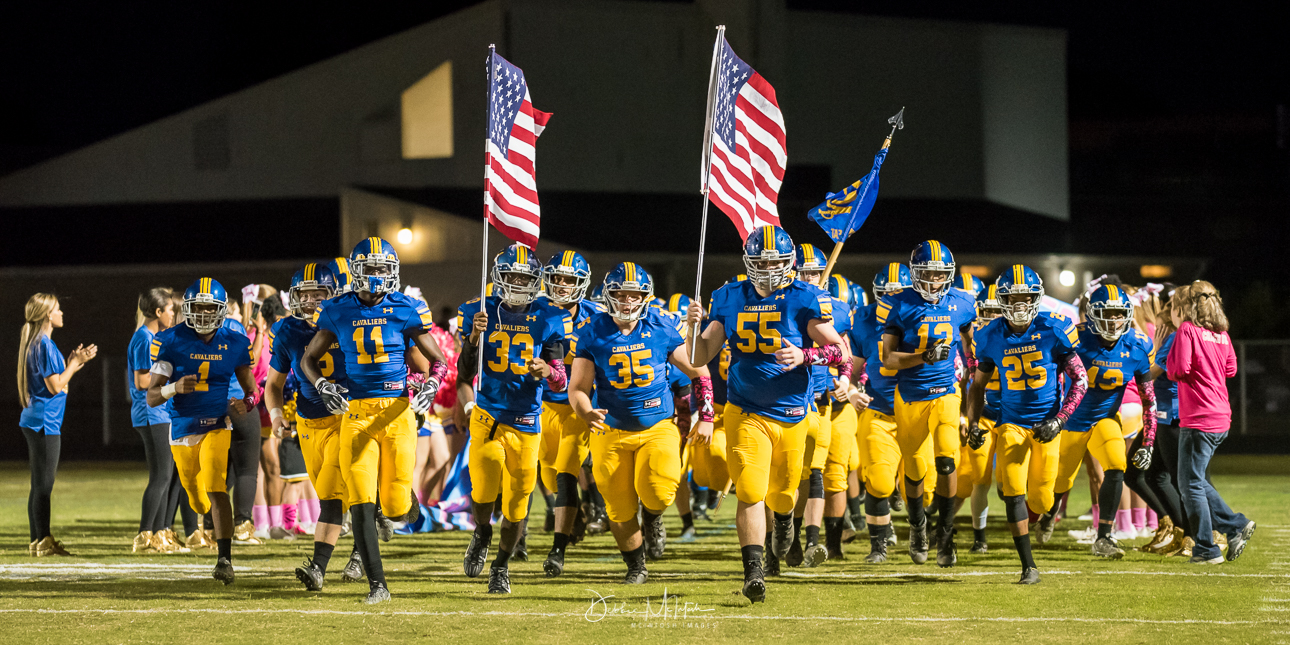 The Calvert varsity football team took on the La Plata Warriors Friday night. The Warriors received the opening kickoff at the 20-yard line. However, the stingy Cavaliers’ defense forced a Warriors punt after only three plays. The Cavaliers started their drive with Dre Mackall rushing for 10 yards, gaining the first down. Disaster struck on the very next play, as La Plata’s Dwayne Beard recovered a Cavalier fumble that set them up on their own 42-yard line. Although the Cavalier defense prevailed again, it wasn’t long before the Warriors would strike. Quarterback Jordan Sinclair gave La Plata the first score of the night, with a 2-yard rushing touchdown.  La Plata then capitalized on the two-point conversion, giving them an 8-0 lead.  On the next series, Calvert looked like they put things together with a 17-yard reception by Justin Morsell.  The drive didn’t stop there, the Cavaliers continued to drive, but a holding penalty pushed the Cavaliers back.  Even with a couple big runs, Calvert was still facing a fourth down situation. They decided to go for it on fourth down, but could not convert.  This failed conversion, gave La Plata good field position.  On the next series La Plata’s Jordan Sinclair threw an 80-yard touchdown to Anthony Stout. The Warriors had another successful two-point conversion, now making the score 16-0. The Cavaliers were able to answer.  After a long drive, the Cavaliers capped things off with a 10-yard rushing touchdown by Dre Mackall.  On the kickoff, LaPlata’s Anthony Stout raced for a 78-yard touchdown, stifling the Cavaliers’ fans.  After a third 2-point conversion, the Warriors extended the lead to 24-7. But, just before halftime, Calvert answered with a touchdown.  Cade Meredith threw a 29-yard reception to senior tight end Zach Gadwill, making the score 24-14 after the extra point was made by Mike Woollen.  In the closing moments of the first half, the Warriors delivered what seemed to be a possible knockout punch.  Anthony Stout caught a 65-yard touchdown reception designed as a trick play.  La Plata failed to convert, leaving the score 30-14 at halftime.

The Cavaliers received the opening kickoff to start the second half.  After a quick three and out, they had to punt the ball back to the dangerous Warriors’ offense. On the Warriors’ drive, Calvert came up with a huge stop when Kyle Berberian got a key sack.  The Cavaliers were once again able to build momentum with another successful drive.  Mackall scored on a 8 yard touchdown run.  Calvert proved successful on their two point conversion; only trailing 30-22.  However, the defense gave up another La Plata touchdown.  Jordan Sinclair completed a pass to Deshawn Clinton, making it a two possession game leading into the fourth quarter.  The Cavaliers answered when Cade Meredith launched a 21-yard pass to Zach Gadwill for his second touchdown of the night.  With the extra point, the Cavaliers were back to a one possession game. The score was now 36-29, favoring the visiting Warriors.  The Cavaliers made a huge stop on third and five, resulting in Cavalier excitement.  However, that was quickly foiled, after a muffed punt return was recovered by La Plata. On the next drive, the Warriors put the game out of reach with a long field goal, making the score 39-29. The Cavaliers last attempt at a comeback failed, as they turned the ball over on downs on the next series. The Warriors added another late touchdown making the final score 46-29. The Cavaliers will try to regroup next week as they host McDonough for homecoming. 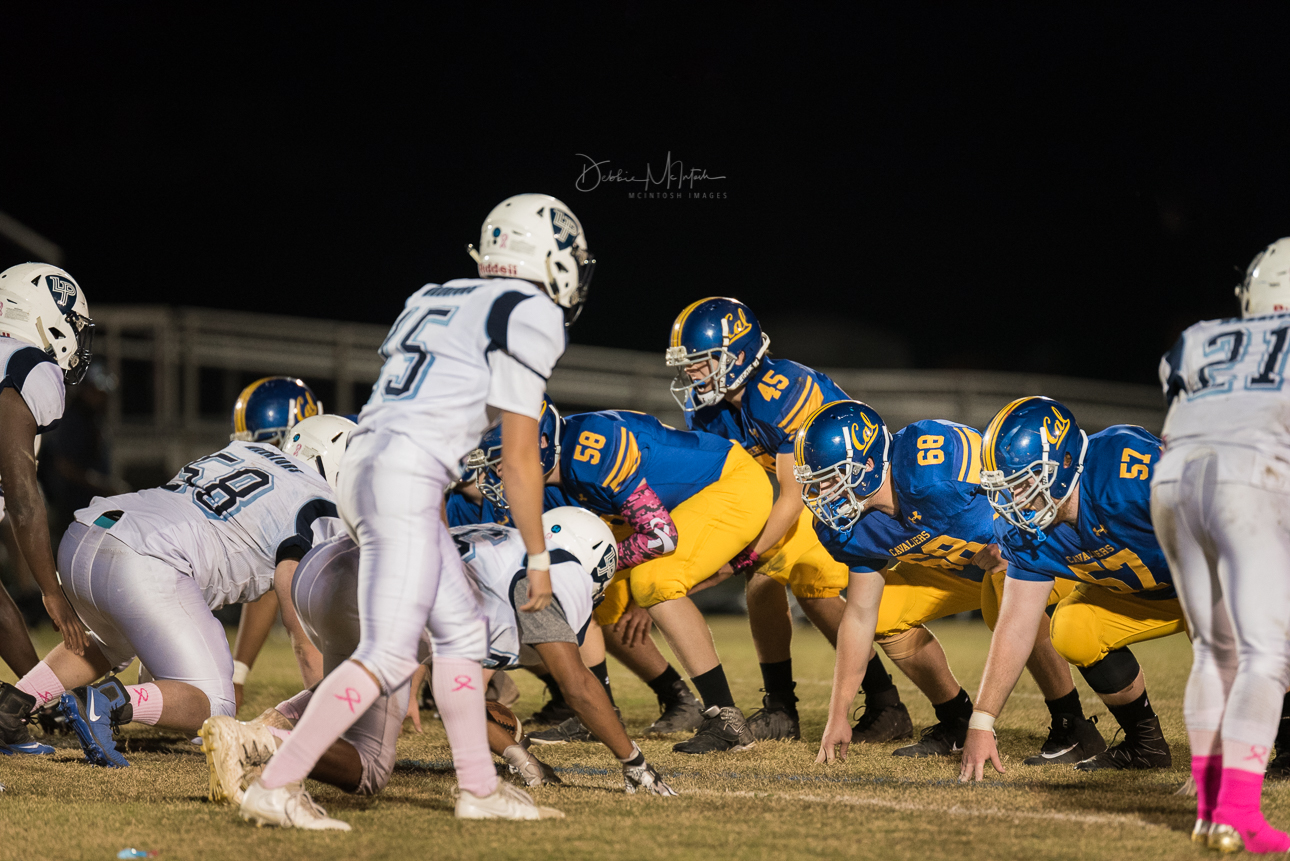 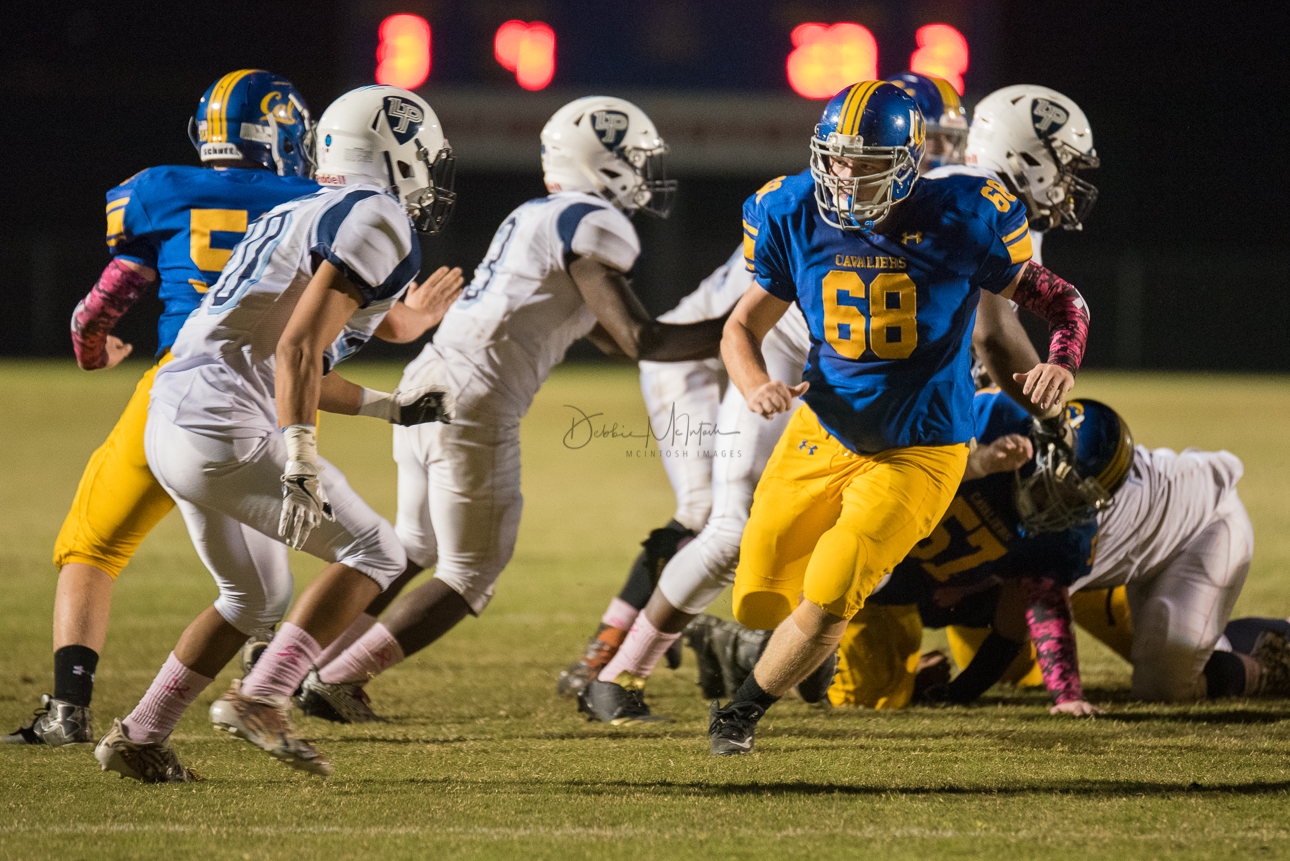 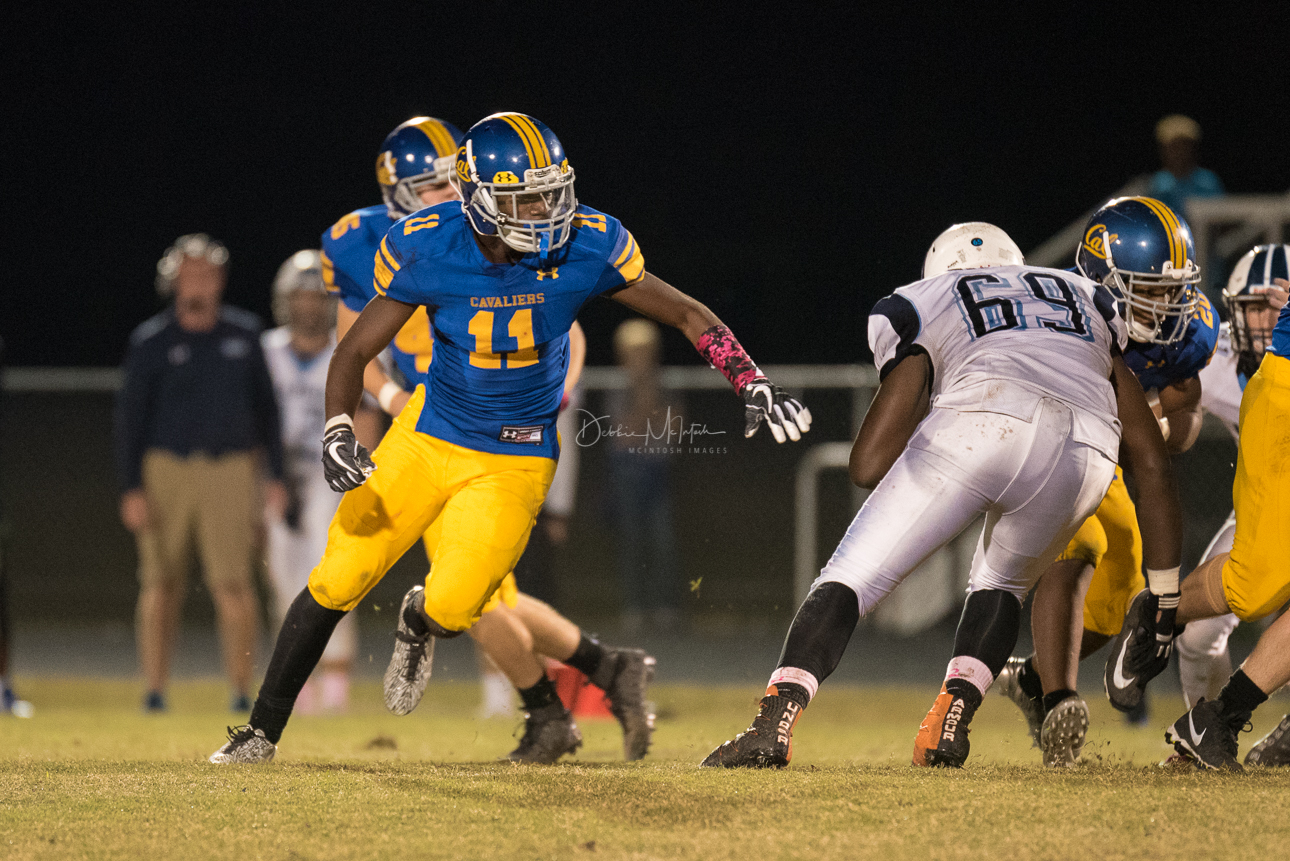 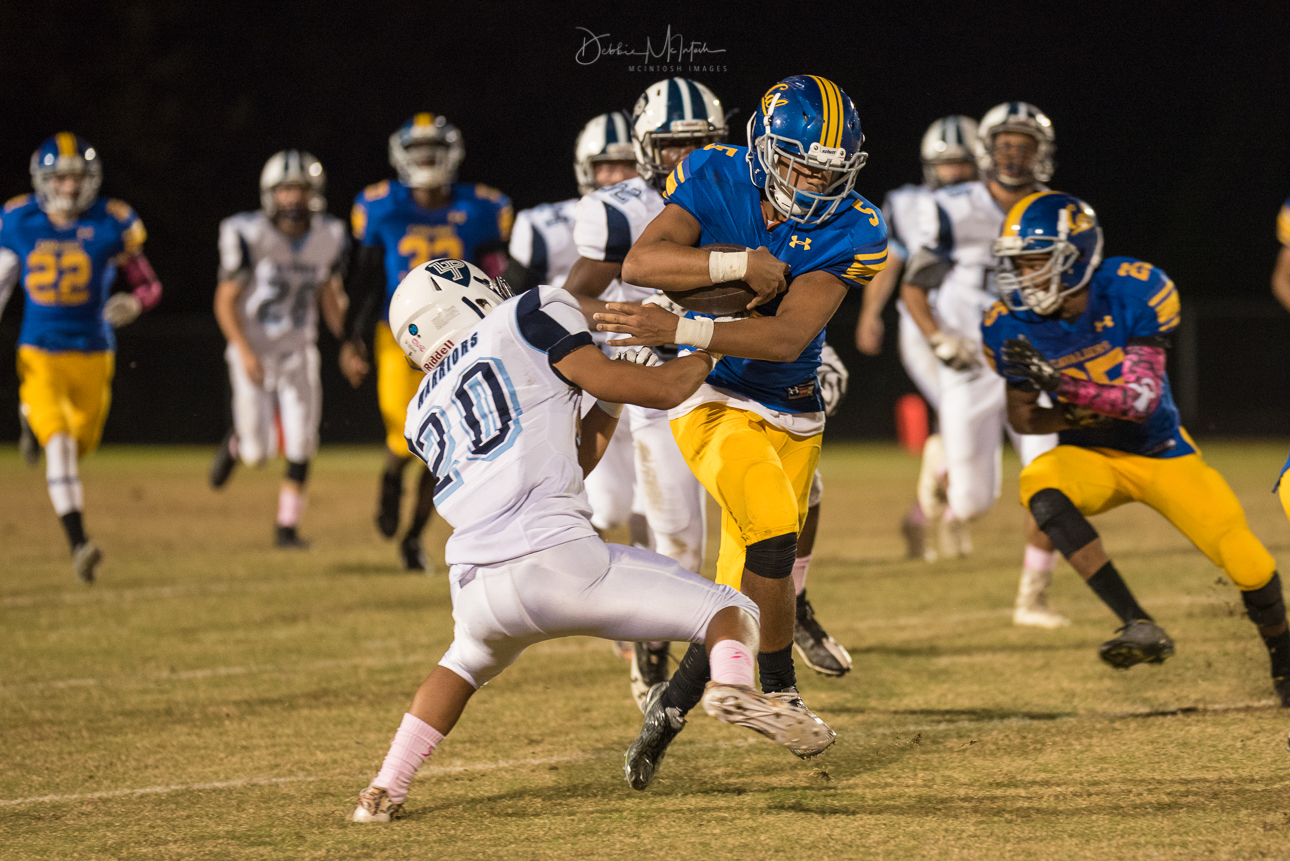 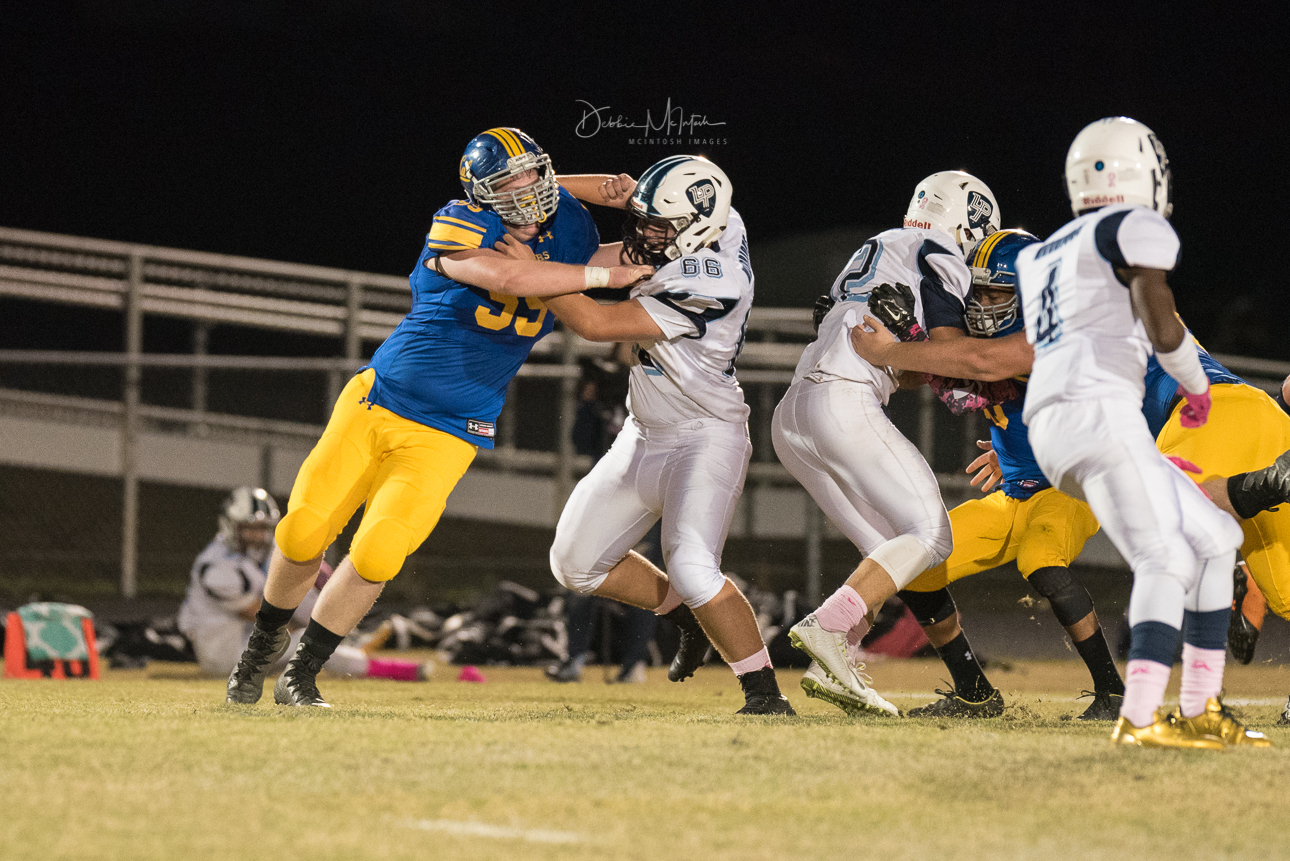