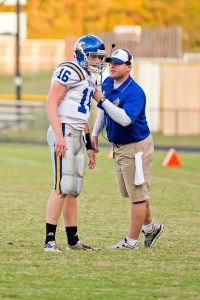 General Background: Coach Ripple is married to a very supportive wife, Sara.  He is a son of a great mother, April and late father Gerard (Rod).  He is the proud uncle of four nieces (Ryleigh, Haylie, Avareigh and Emily) and two nephews (Logan and Liam).

Coach Ripple is proud of his roots in Upper Marlboro, MD and the time he spent working for the family’s business, Ripple’s Service Inc., before beginning a career in education and coaching.  Coach currently resides in Deale, MD.