Play Off Week One Recap According to Ben Lash 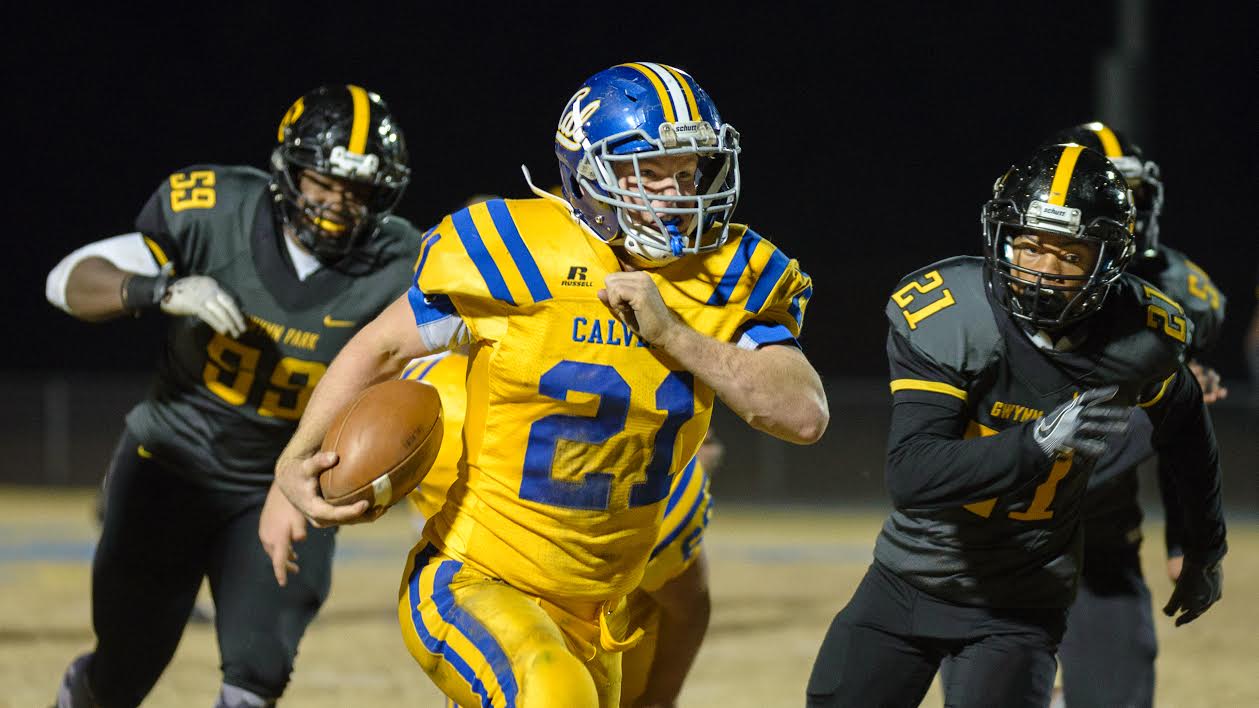 Calvert Advances to the Regional Championship with Win over Gwynn Park

The Cavaliers varsity football team took on the Gwynn Park Yellow Jackets in a regional playoff game on Friday night.  The game started rough for Calvert.  Gwynn Park got a safety, taking a 2-0 lead, after Calvert was pinned at their own 1 yard line.  After Calvert’s free kick, Gwynn Park quarterback Alfred Johnson completed a pass to Dante Baxter.  Then, on the next play Ryan Clemens scampered for a 48 yard gain.  The drive came to a halt after Calvert’s Michael Jefferies recovered a fumble and ran for 57 yards.  Calvert then drove down the field and Levi Brickner scored on a 32 yard run to give Calvert a 7-2 lead. The Yellow Jackets fought back on their next drive as Alfred Johnson threw a 15 yard pass to Markell Mayhew.  Johnson then connected on a 40 yard strike to Mayhew to give the lead back to Gwynn Park.  They failed to convert on a 2 point conversion, so the score remained 8-7. Calvert then worked their way down the field as quarterback Jack Lanham ran for a couple yards.  Lanham would throw a 27 yard touchdown pass to Shamar Gray, making the score 14-8 Calvert.  The Cavaliers then got the ball back after Gwyn Park’s quarterback threw an interception to Calvert’s Levi Buck.   Levi Brickner extended Calvert’s lead to 21-8 with a touchdown.  Even though Levi Buck intercepted a pass, the half ended with Calvert leading 21-8.

The second half started with Calvert recovering an onside kick.  Calvert could not do anything on the drive because of a thrown interception by Jack Lanham.  Gwynn Park had a change at quarterback, with Kamari Brown replacing Alfred Johnson.  Brown’s night started poorly as he threw an interception to Calvert’s Cody Horsmon.  Calvert started to pull away with Jack Lanham running in for a touchdown to raise the score to 28-8.  Later in the third quarter, Calvert’s Jack Lanham scored his third touchdown of the night, extending Calvert’s lead to 35-8.  In the fourth quarter, Gwynn Park quarterback, Kamari Brown redeemed himself after his earlier mistakes.  He threw a touchdown pass to Jalen Wallace making the score 35-16 after a successful 2 point conversion. Calvert answered with Levi Brickner throwing a touchdown pass to Daniel Jones, extending the lead to 42-16.  Gwynn Park then scored again when Kamari Brown hooked up with Keveion Brooks to make the score 42-22.  Gwynn Park attempted a comeback after Brown threw another touchdown to Isaiah Colter.  However, Calvert recovered an onside kick to seal the deal as they won 42-28.  Calvert will have a rematch this Friday night against Patuxent, who defeated Lackey 28-14, with hopes of advancing to the Regional Championship. 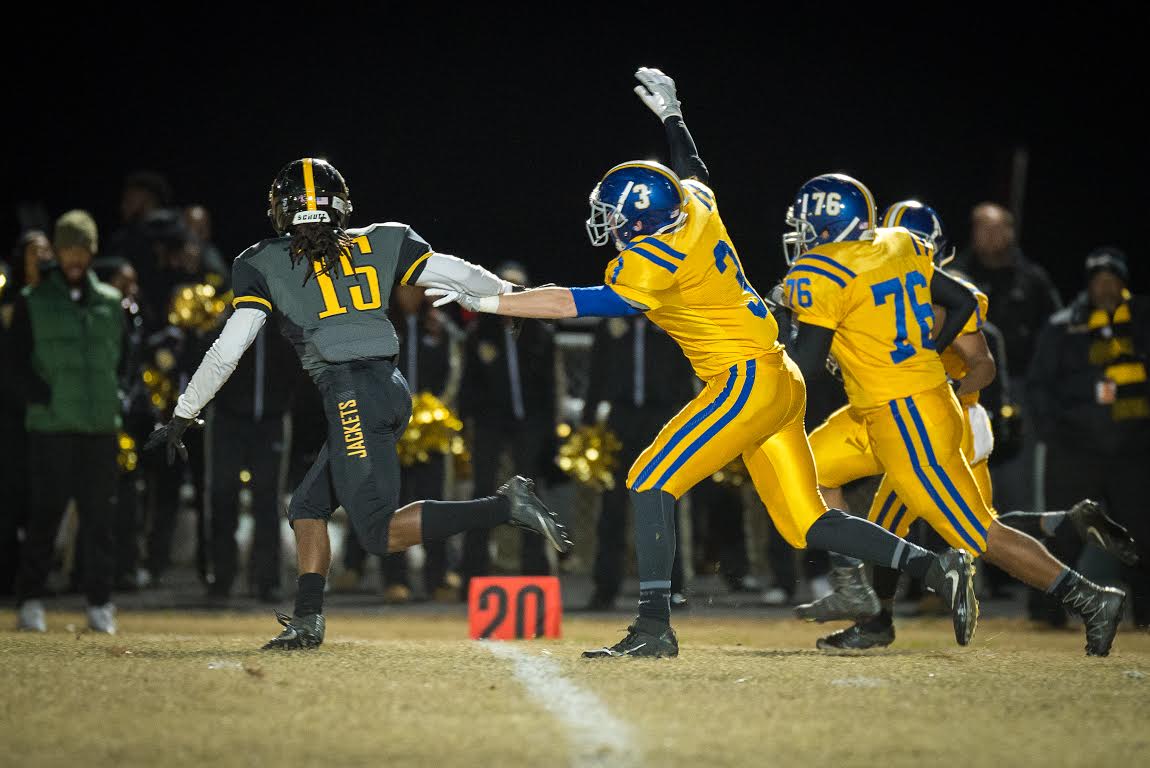 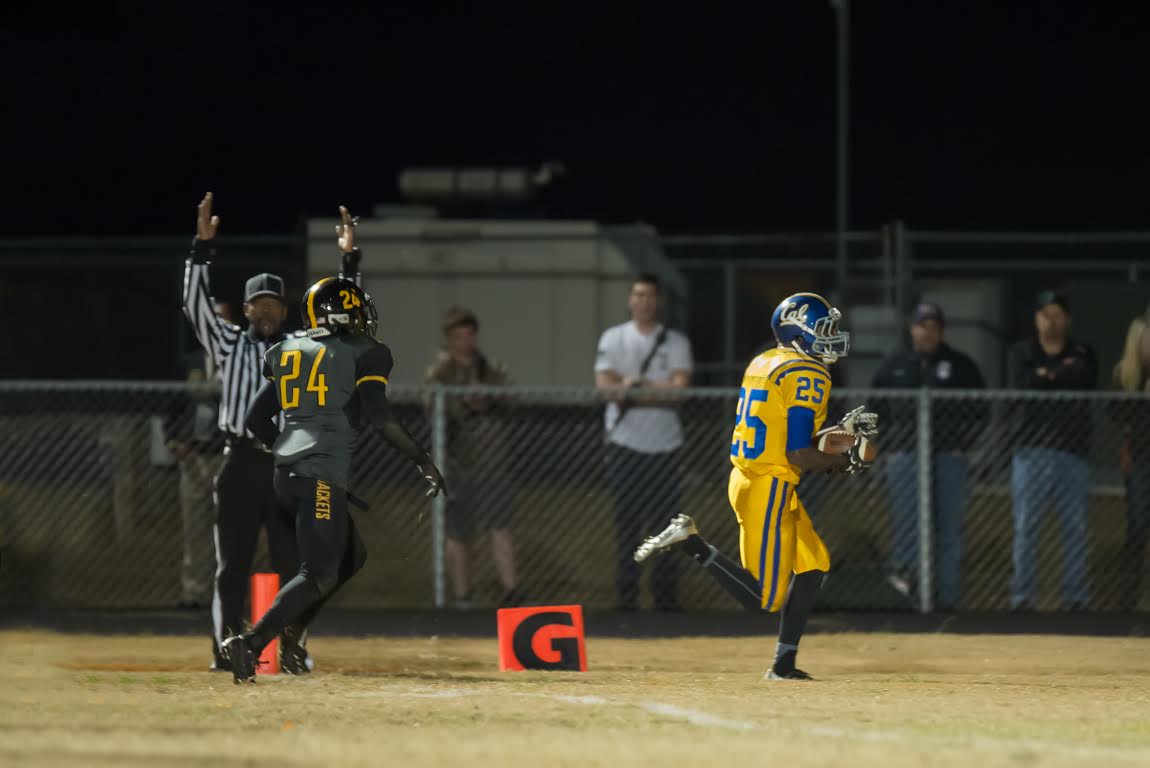 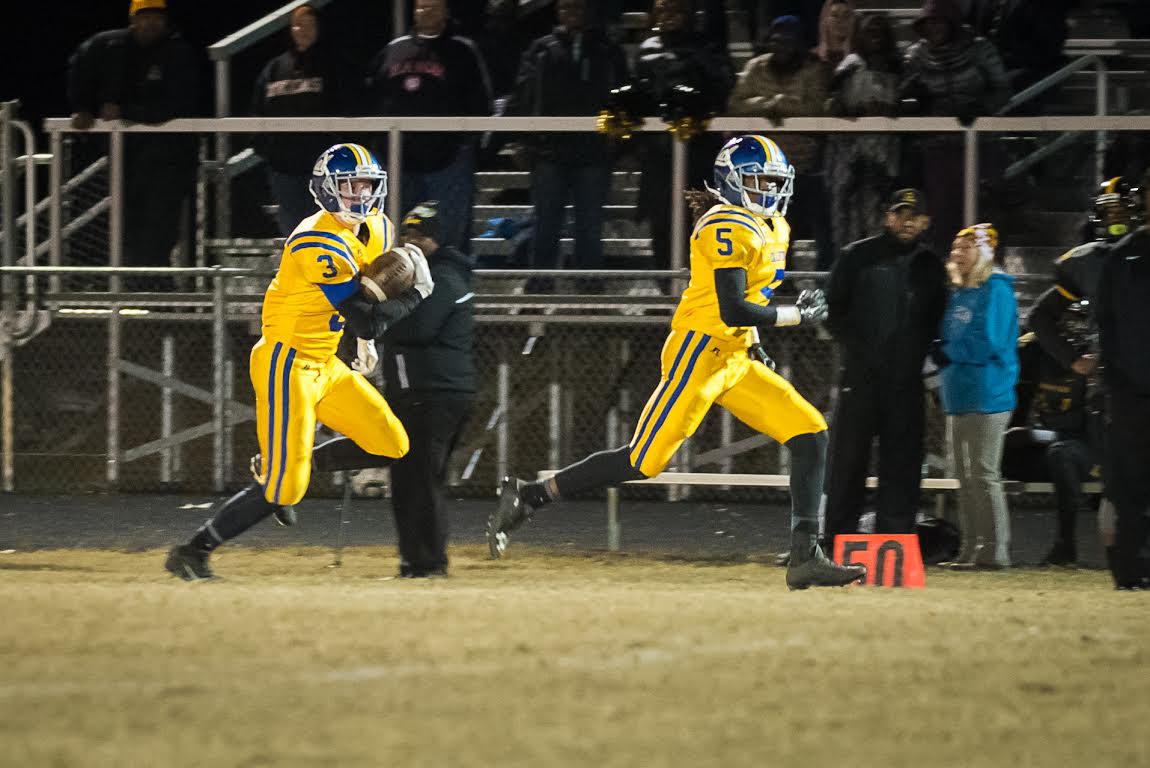 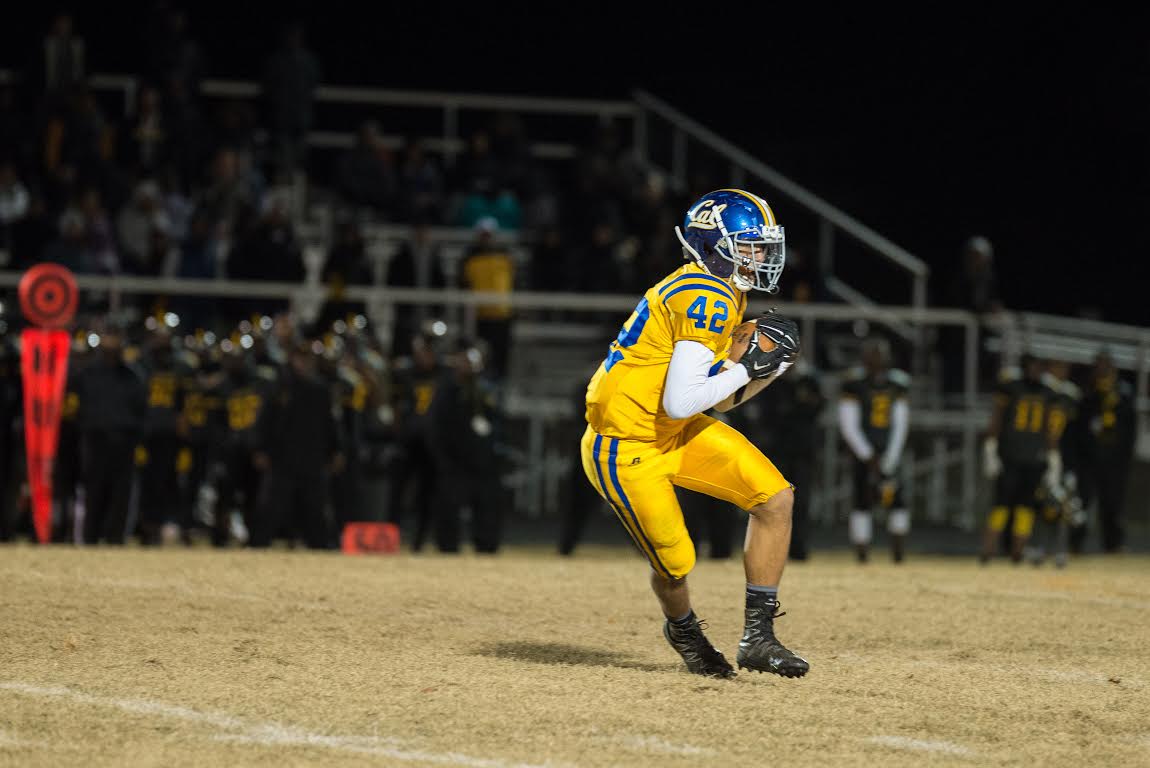