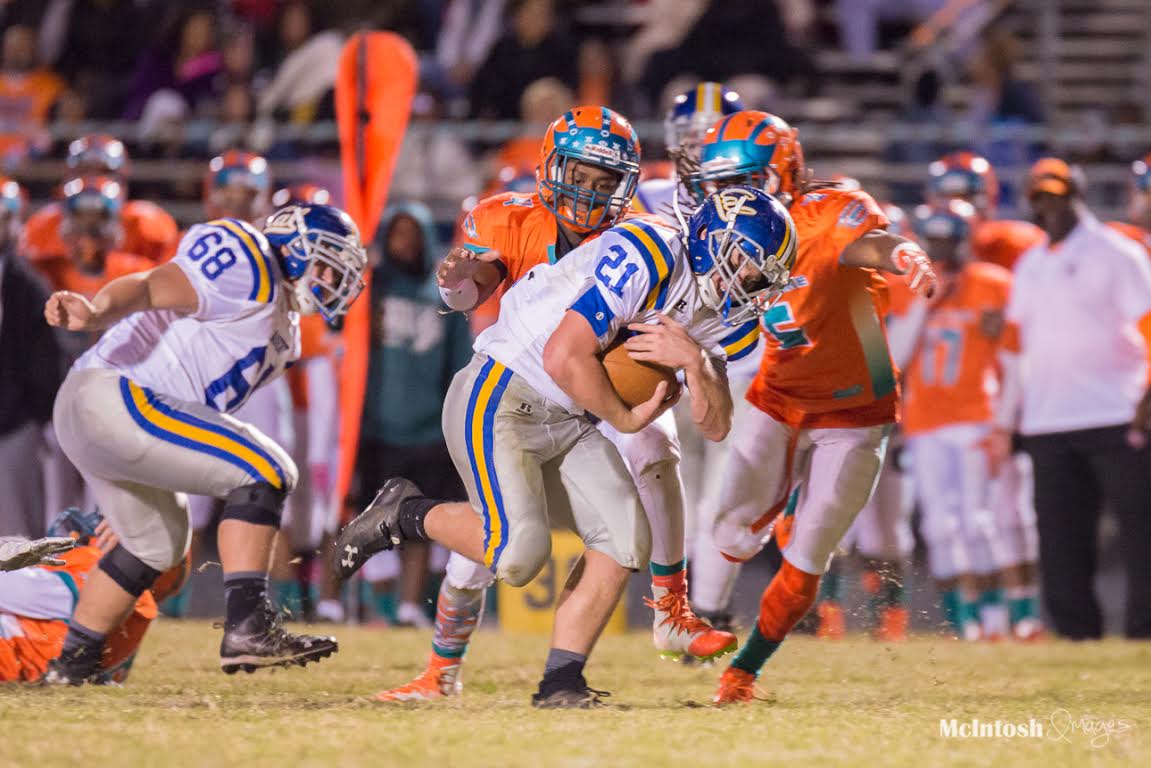 The Cavaliers varsity football team took on the Westlake Wolverines on Friday night.  The game started with Westlake receiving the opening kickoff.  However, Westlake after just 3 plays, had to punt on their first drive.  After the punt, Calvert got the ball deep into their own territory.  On the second play, Calvert fumbled giving Westlake excellent field position.  On the next drive, Westlake’s quarterback Chad Palmer got them down to the 1 yard line. However, on the next play, Calvert’s Ryan Farrell stripped Palmer of the football.  Cody Mason recovered the football and raced 95 yards to the 5 yard line.  Calvert quarterback Jack Lanham then scampered for a 5 yard score to give Calvert a 7-0 lead.   Westlake got the ball back after the kickoff, but continued to struggle as Calvert’s Ryan Farrell sacked quarterback Chad Palmer.  After Westlake’s punt, Calvert drove down the field to the 10 yard line.  Jack Lanham scored his second touchdown of the night to give Calvert a 13-0 lead. In the second quarter, Westlake continued to struggle when quarterback Chad Palmer’s pass was intercepted by Dajuan Willet. Calvert did not score on the drive.  Right before halftime, Westlake got the ball back and drove down the field.  Jordan Brumfield, Westlake Wolverine, rushed outside for their first score.  The half time score was 13-6 Calvert.

Early in the third quarter, Calvert turned the ball over. Westlake drove down the field and Chad Palmer threw his second touchdown pass to Jonathan Barnes. Westlake was successful on a 2 point conversion that gave them a 14-13 lead over Calvert. Calvert could not move the ball on the next drive, leaving them in trouble. But, Westlake had a costly turnover caused by Levi Brickner.  Cody Mason picked up the ball and finished in the end zone for a touchdown.  Calvert then went for two and were successful, giving them a 21- 14 advantage.  Late in the fourth quarter, Westlake drove the ball down the field inside the red zone but on 4th down, Calvert stopped them. Calvert went three and out, while Westlake had one last chance to tie the score.  Chad Palmer’s desperation pass fell incomplete.  Calvert survived a scare 21-14. 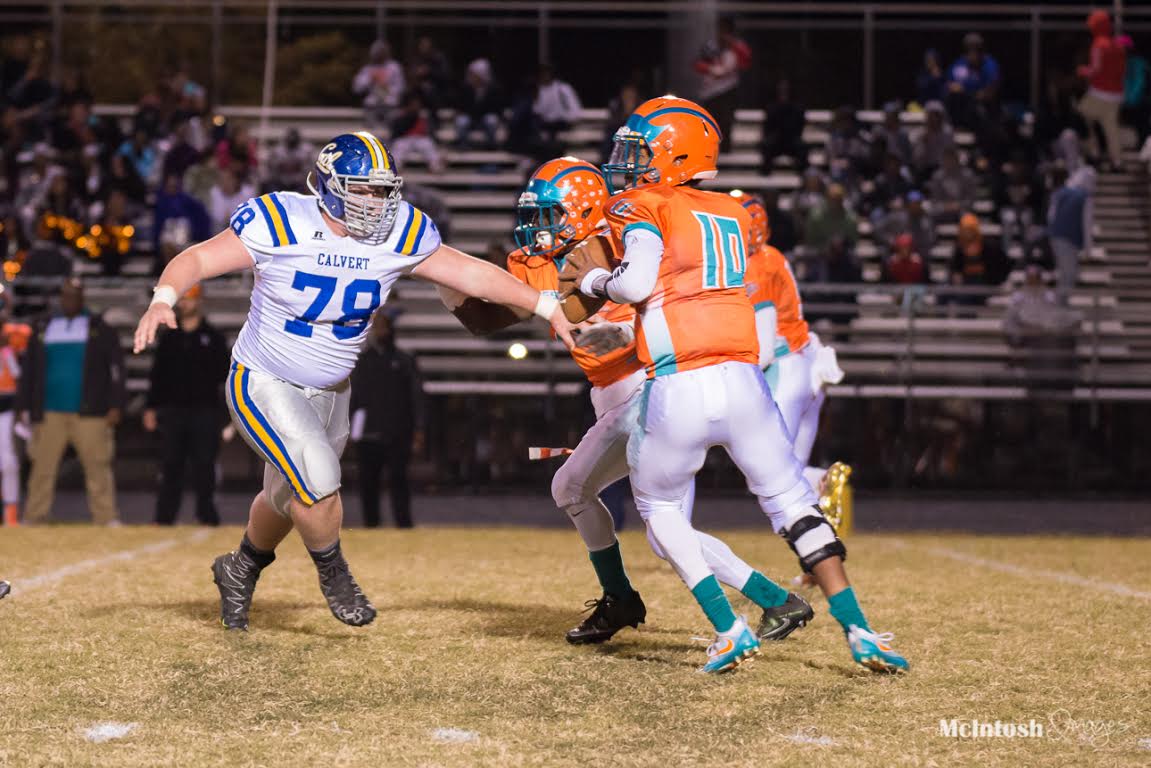 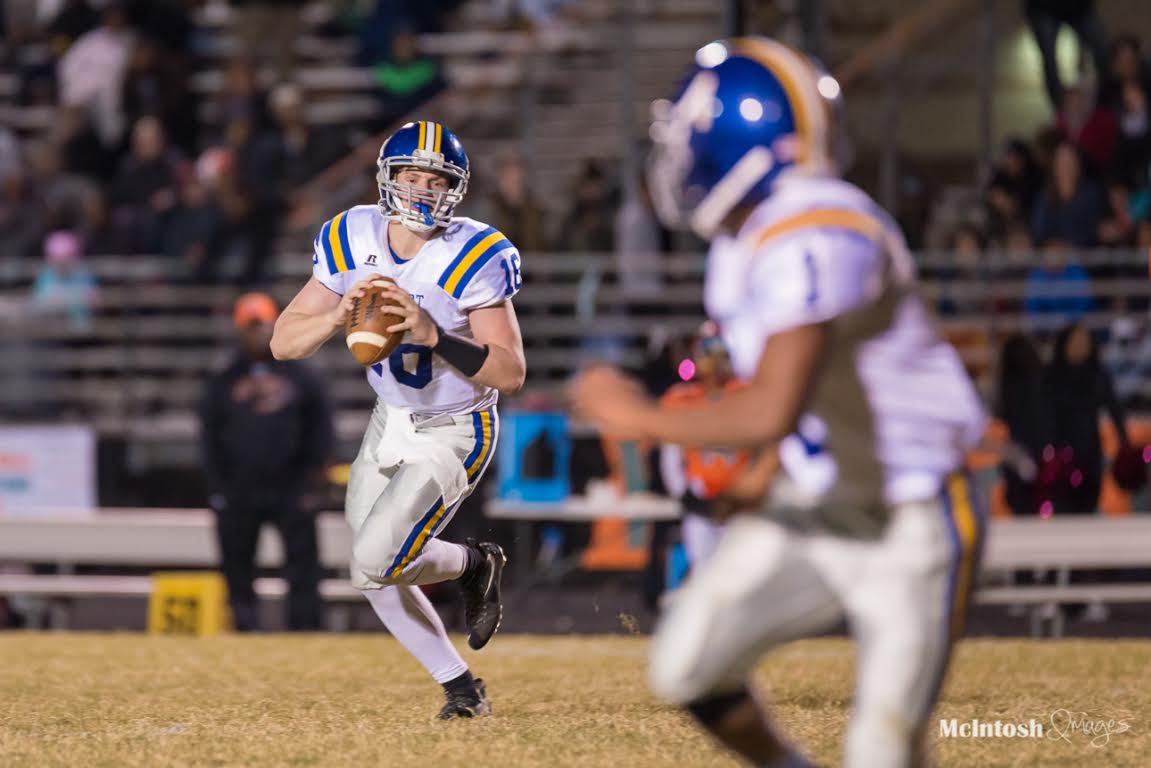 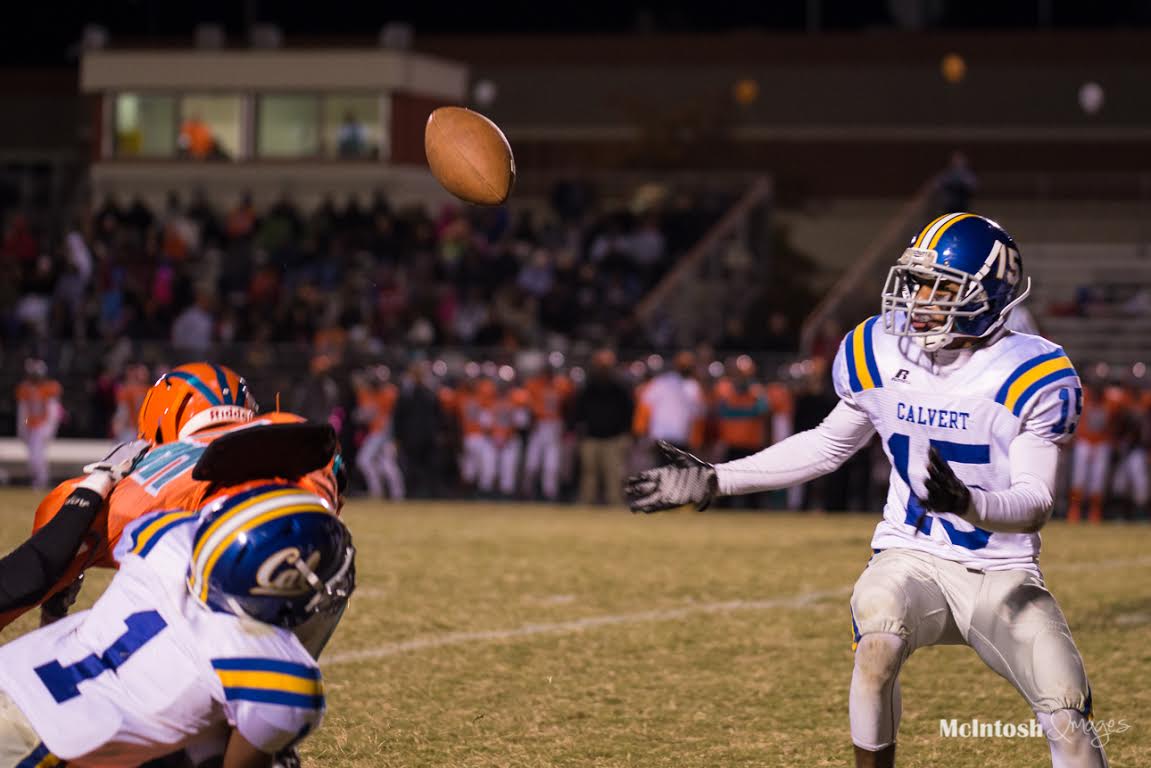