The winner of each Battle of the 2018 Cav-War will carry the Calvert Football Championship Belt until the next Battle and the Belt is either retained or passed on to the next winning team.  There will be Ten Battles, maybe more, through out the 2018 Cav-War campaign.  These battles will cover performances in Academics, Citizenship and Athletics.

The winning team of Battle Two: Winter Strength and Performance Testing is Cav-Team 6 “The Regulators”.  Cav-Team 6 made up of eleven members and lead by Captain Peyton Kimmel and Lieutenant Jacob Bernard, scored a 94 points.  This score is calculated by taking the average gains made on our three most important lifts over the winter training cycle.  Additionally each team was awarded bonus points for the number of days their team members were in the coveted Gold Shirt while training this past winter. The team highlights include a 180 pound increase  for junior Peyton Kimmel (C), 175 pound increase for junior Jourdan Batson, 130 pound increase for sophomore Anthony Sellers and a 95 pound increase for both sophomore Jacob Bernard (L) and junior Corey Watson. 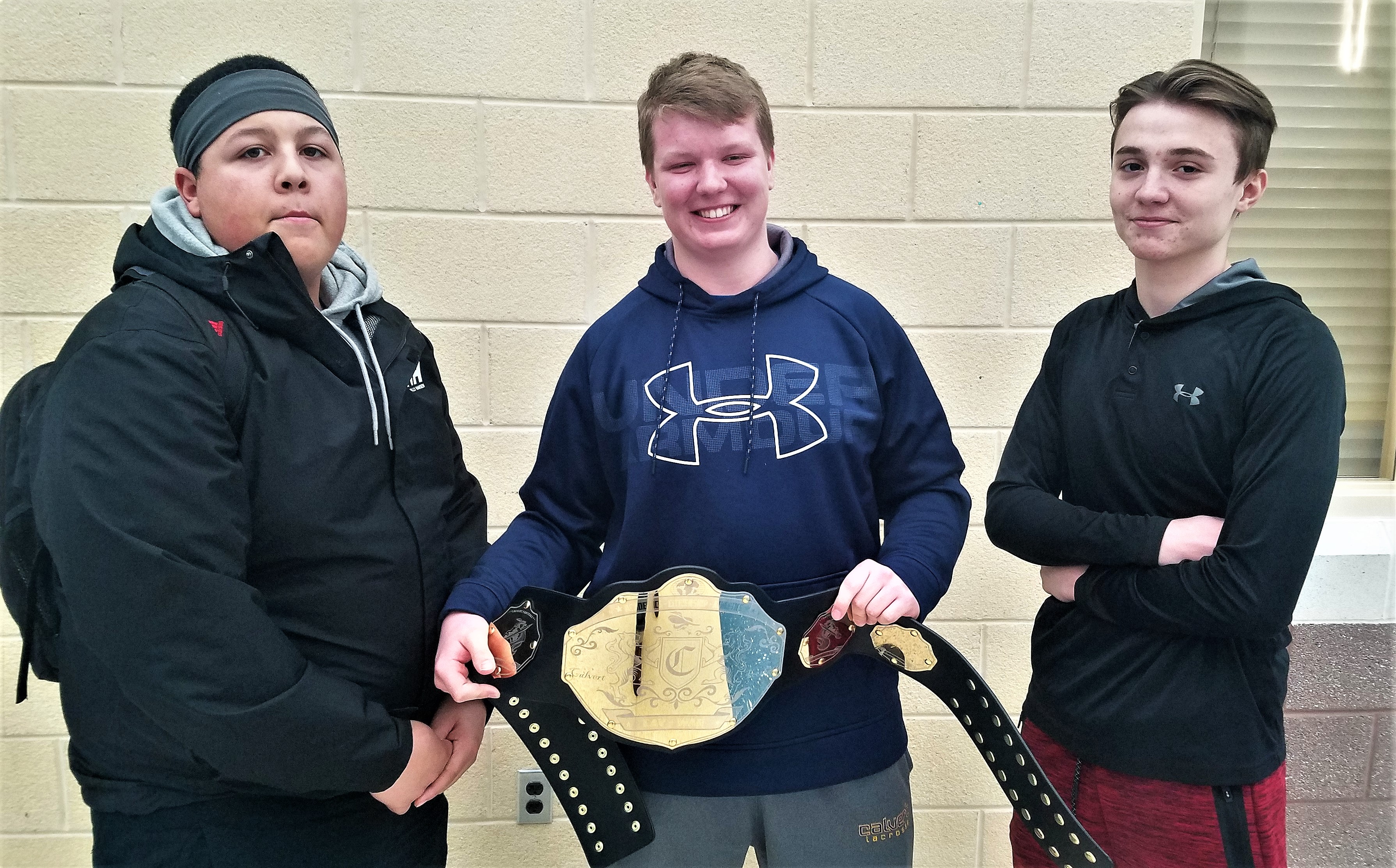 Tomorrow a long tradition continues when the heartbeat of our school community is recognized for their role in helping all the Cavaliers of Calvert reach Uncommon Greatness. Our school administration, support staff and teachers will rock the Blue and Gold youtu.be/R0Mk90C4ilY

It was awesome watching the lady's play football this evening. It was just as much fun watching the fellas coach'em up and encourage them was alot of fun. #UncommonGreatness #1Heart1Beat1Soul #THEcalverthigh #LetsRowTogether pic.twitter.com/zjCgFmCGBJ

2021-22, Cav-War Battle One for the First Quarter Interim Reports goes to the Tight Ends. They had an impressive group average of 88.96%! The Defensive Line came in second with an 87.91% and finishing third was the Offensive Line with an 86.82%. #UncommonGreatness #3Pillars pic.twitter.com/3hn6DEJOmN

Well the oars are back after a restock & today we issued oars 12 and 13 to David White and Hank Valentin after they competed the Row the Boat Challenge. Congrats to both for jumping into the boat and helping us row towards Uncommon Greatness! #1Heart1Beat1Soul #LetsRowTogether pic.twitter.com/LHIhqAkkVt